30 Stunning Photographs Of Kashmir Like You’ve Never Seen It

Kashmir has always been beautiful but the heavy snowfall in the past month has transformed it into a dreamy winter wonderland.

Locals and tourists both have taken full advantage of the snow, and are making beautiful ice sculptures and playing snow games.

Here are some stunning images from Kashmir, India:

1. Shikara boats are moored in the Dal lake next to the snow clad mountains in Dal Lake in Srinagar, the summer capital of Indian Administered Kashmir, India. 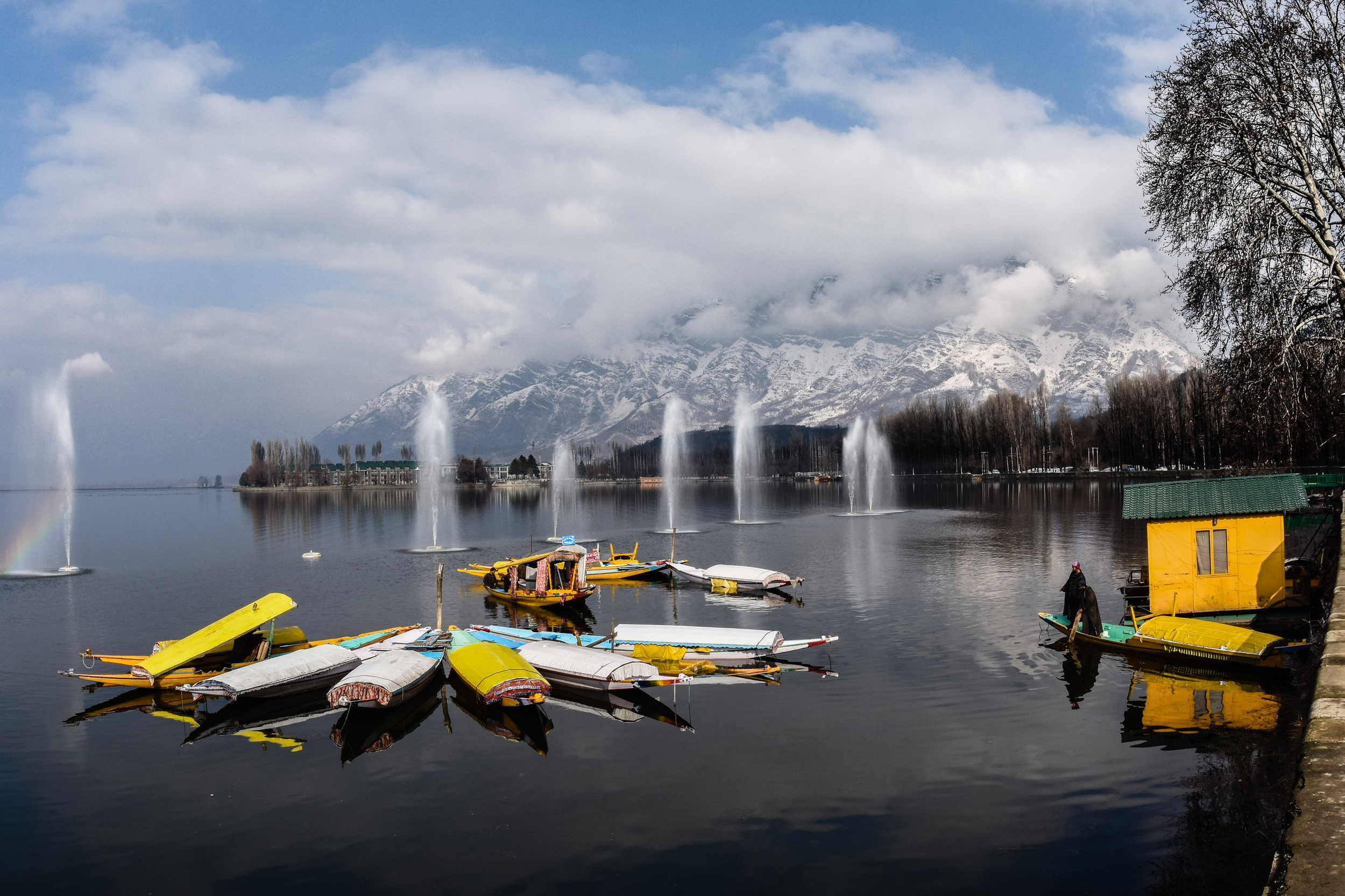 2. Cold weather continued in the Kashmir valley with most places in the state recording sub-zero temperatures. 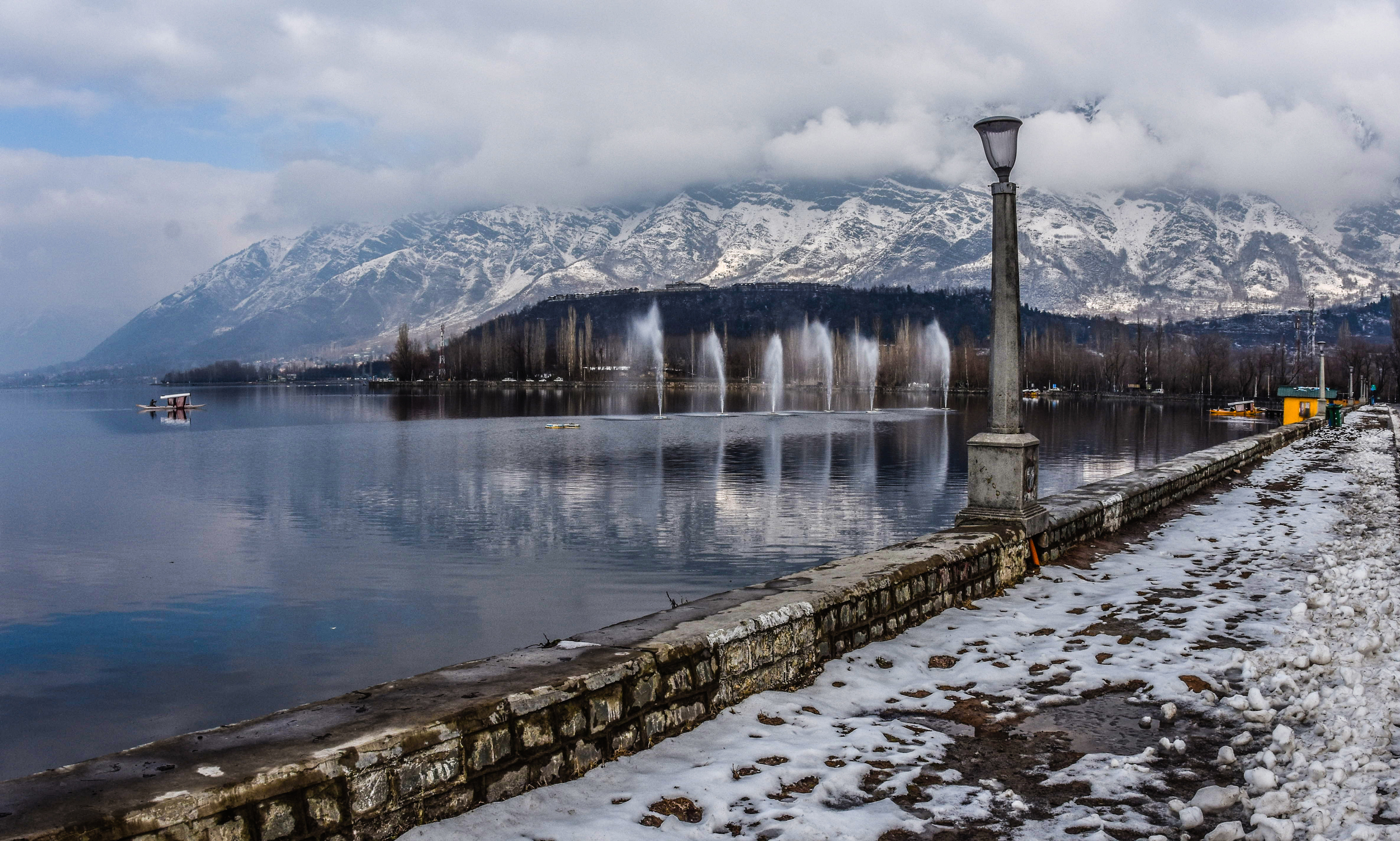 3. A horse pulling a passenger cart in North Kashmir’s Baramulla area as snow begins to melt with rising mercury in the Himalayan region. 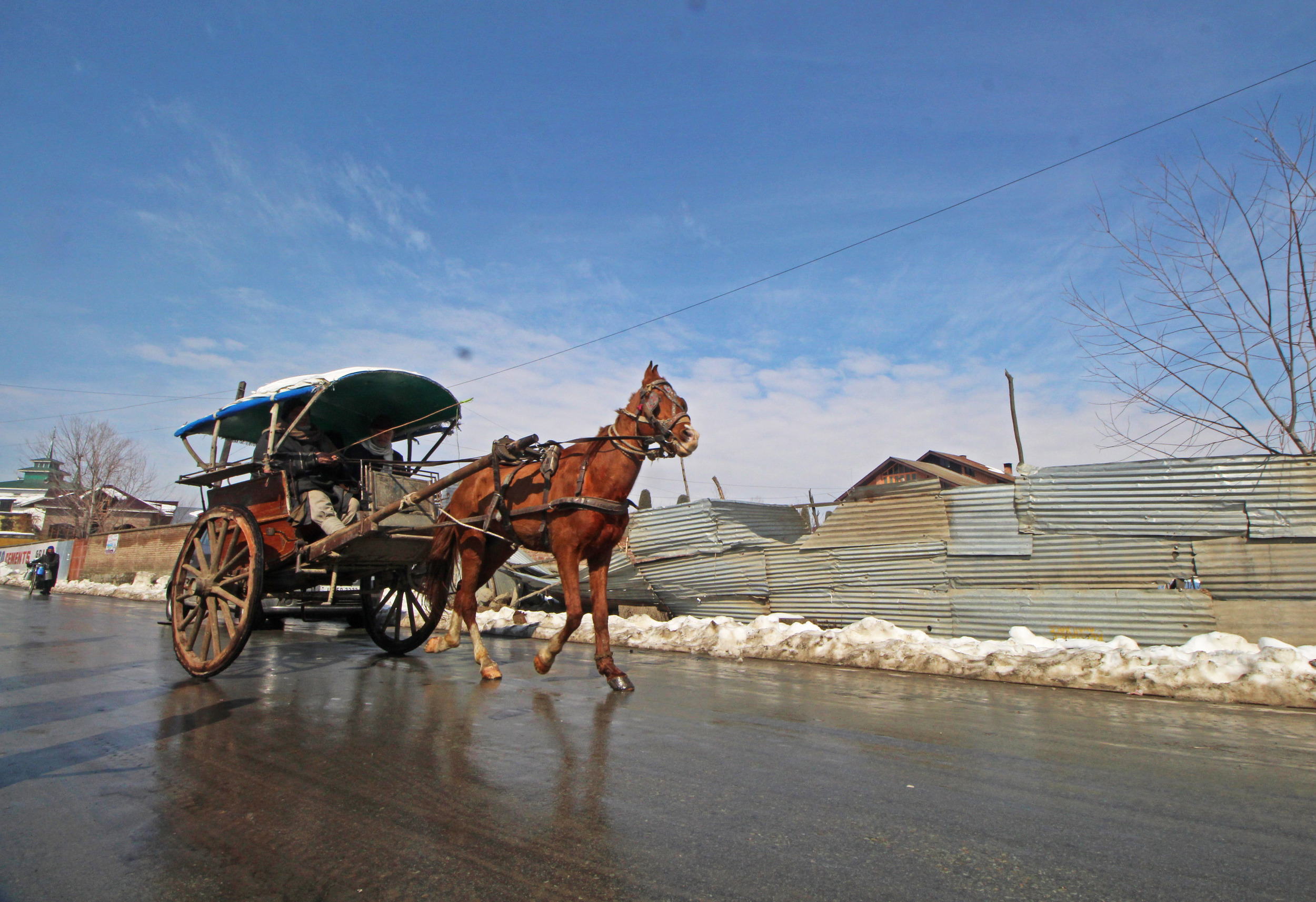 4. A Shepherd carries a newborn lamb on his shoulders as he moves his herd in North Kashmir’s Baramulla area. 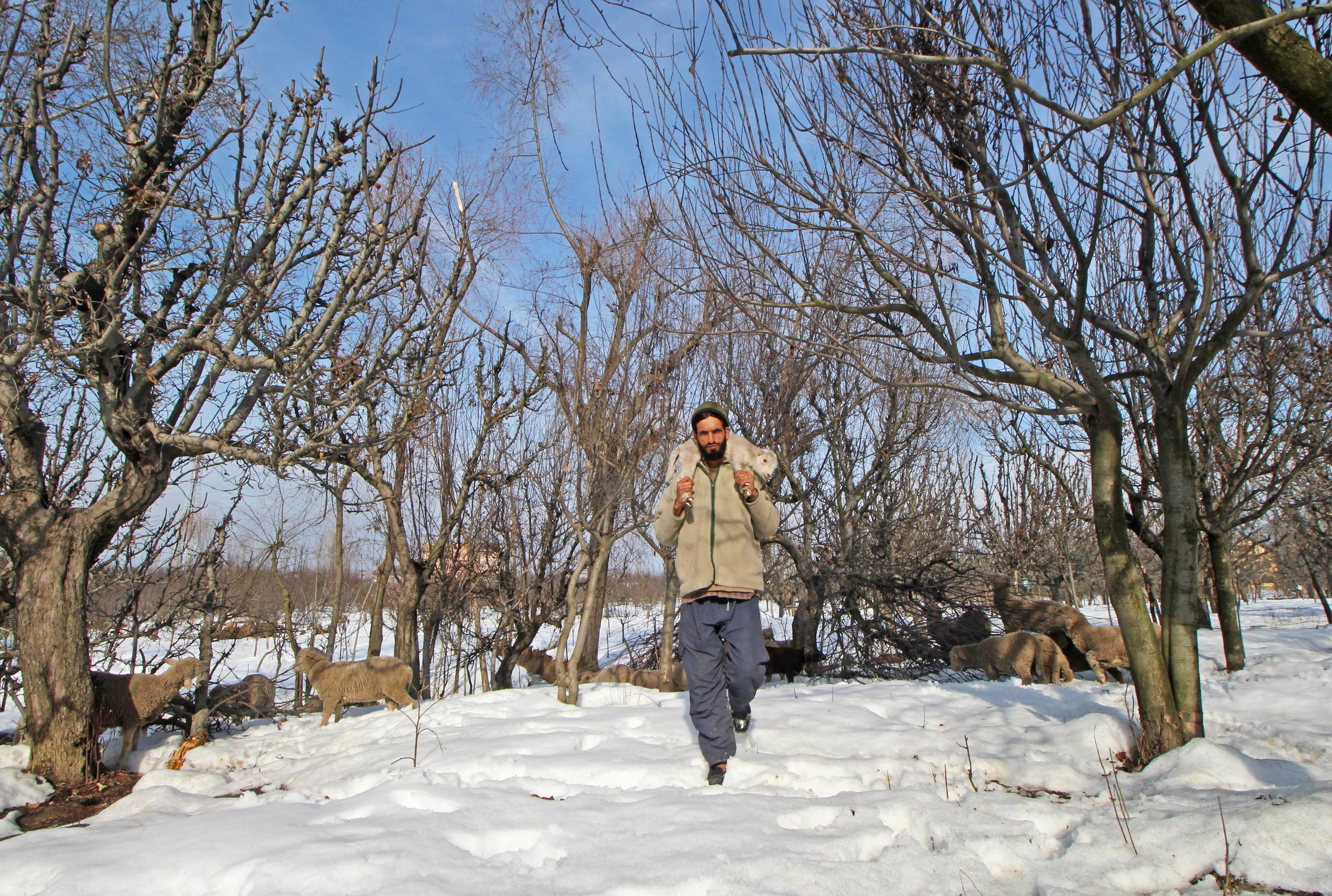 5. Skiers on the slopes of the famous skiing and tourist destination of Gulmarg, 55 km from Srinagar, India.

6. Kashmiri boatmen gossip in their boats next to the snow clad mountains of Dal lake in Srinagar, the summer capital of Indian Administered Kashmir, India. 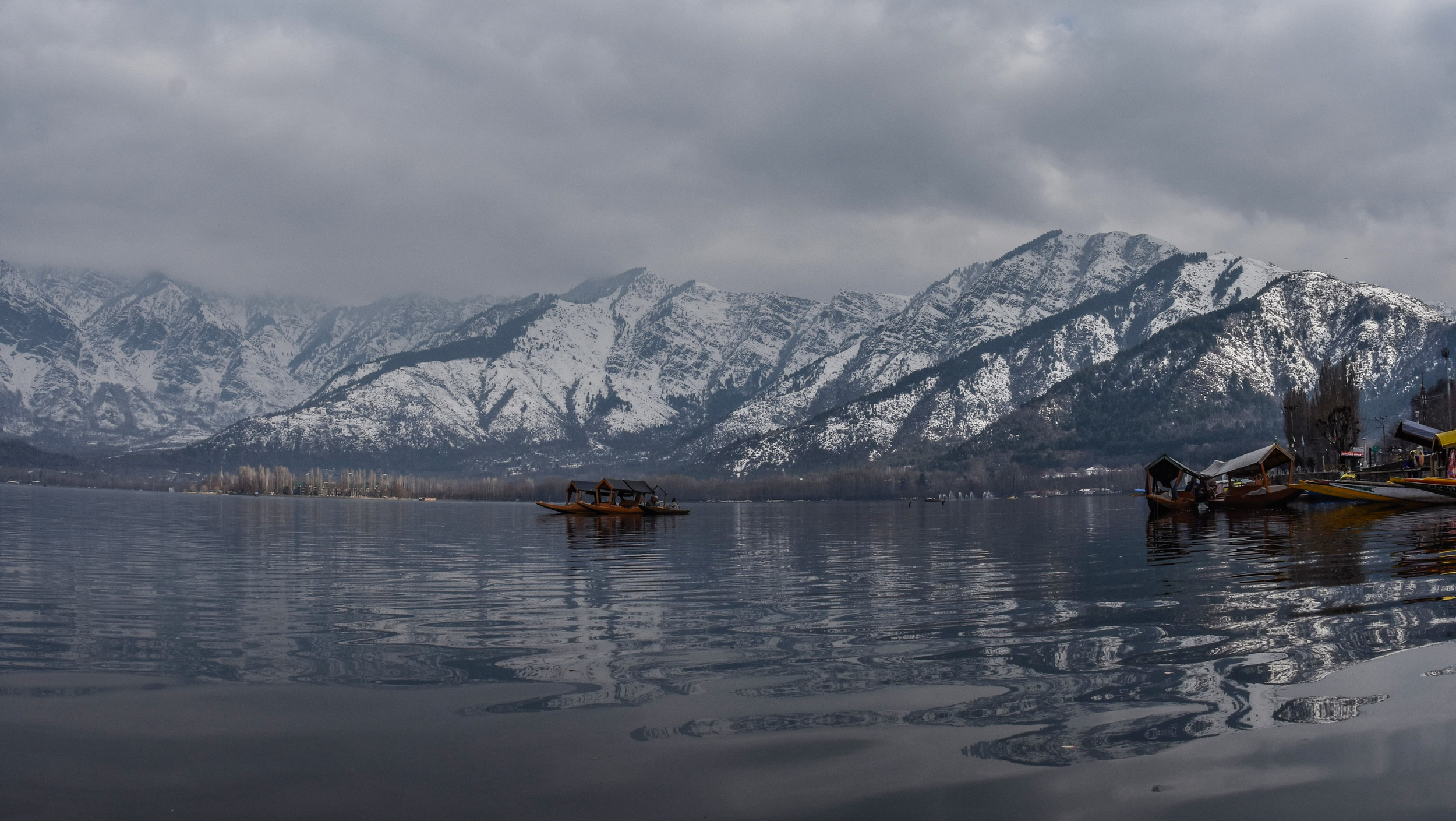 7. Shikara boats are moored towards the banks of Dal lake next to the snow covered mountains in Dal lake in Srinagar, the summer capital of Indian Administered Kashmir, India. 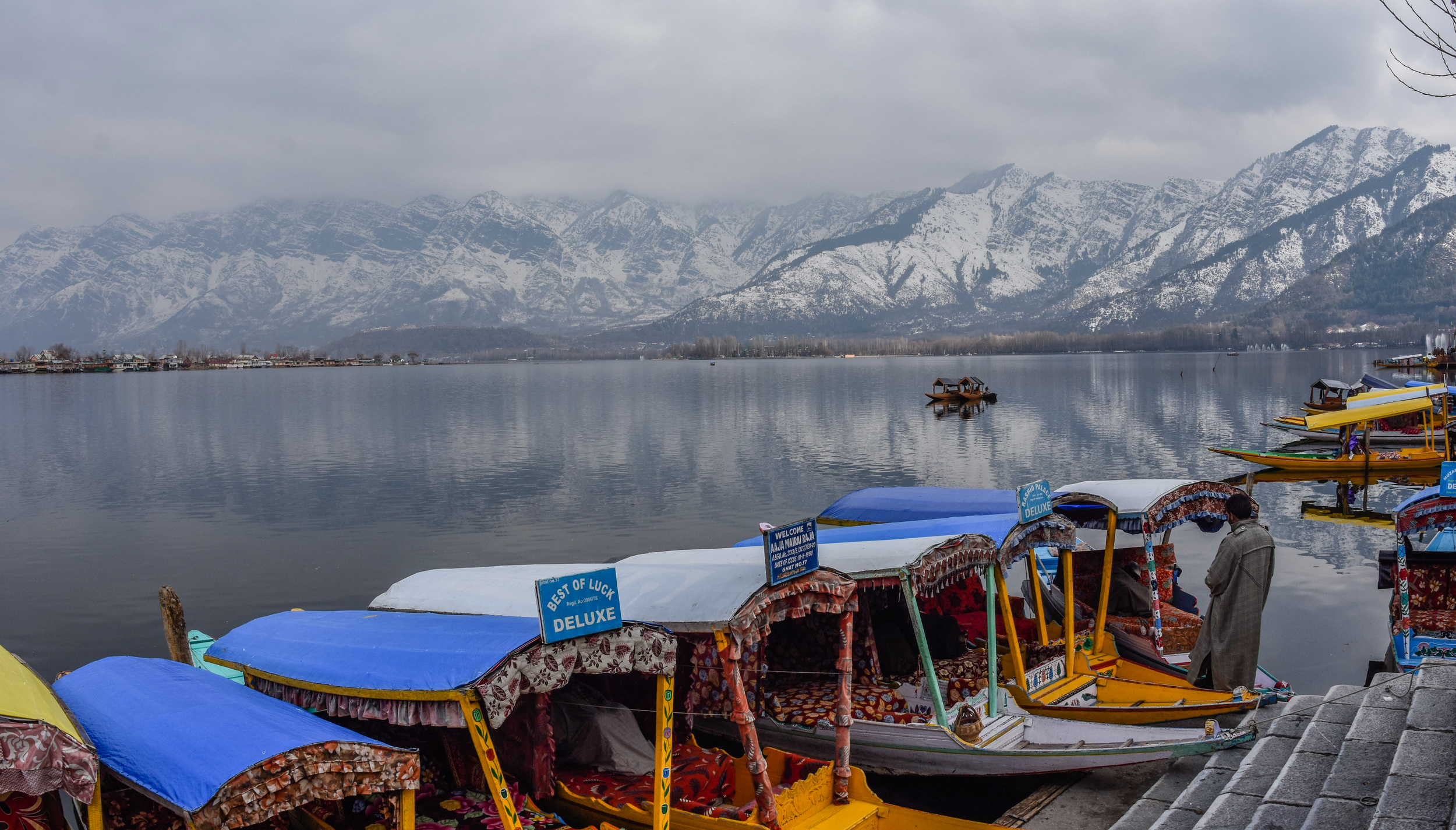 8. Icicles hang from the trees in Tanmarg, about 34 km north of Srinagar, following a fresh snowfall.

READ MORE:  10 Things To Keep In Mind While Traveling To Colombia 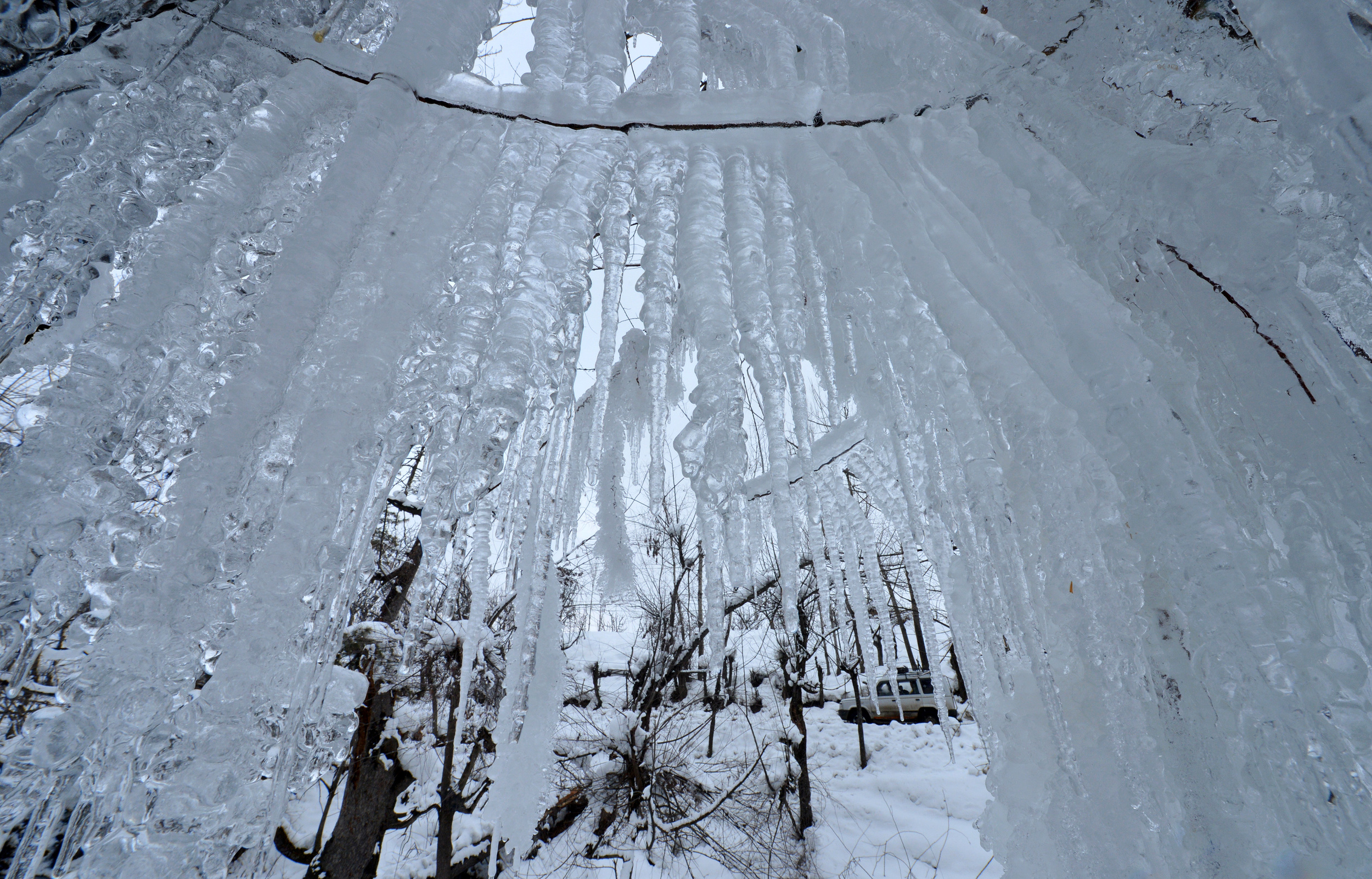 9. A Kashmiri man walks on the snow-covered road after heavy snowfall, in  Srinagar, India. 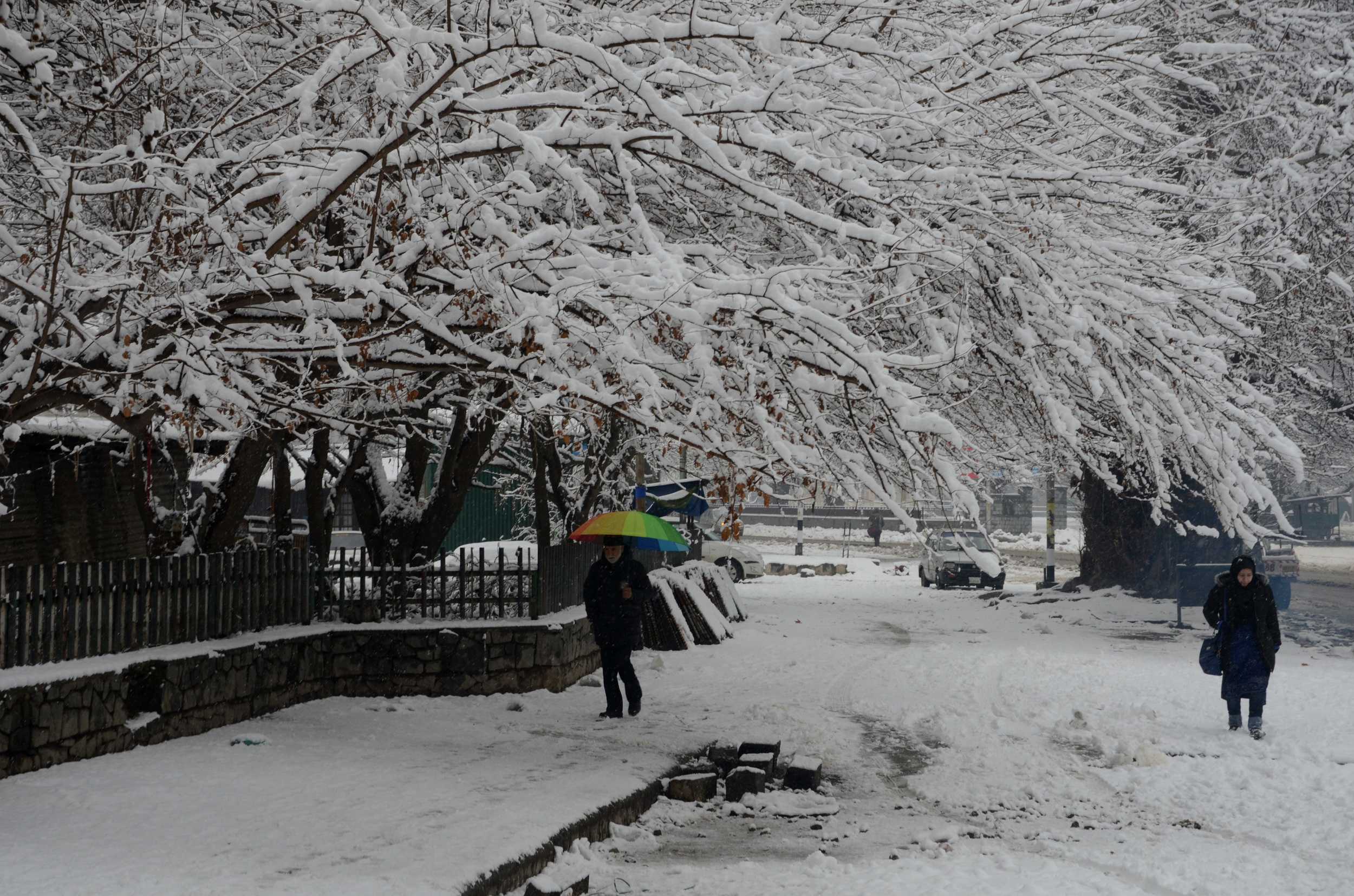 10. A view of the snow-covered park after heavy snowfall in Srinagar. 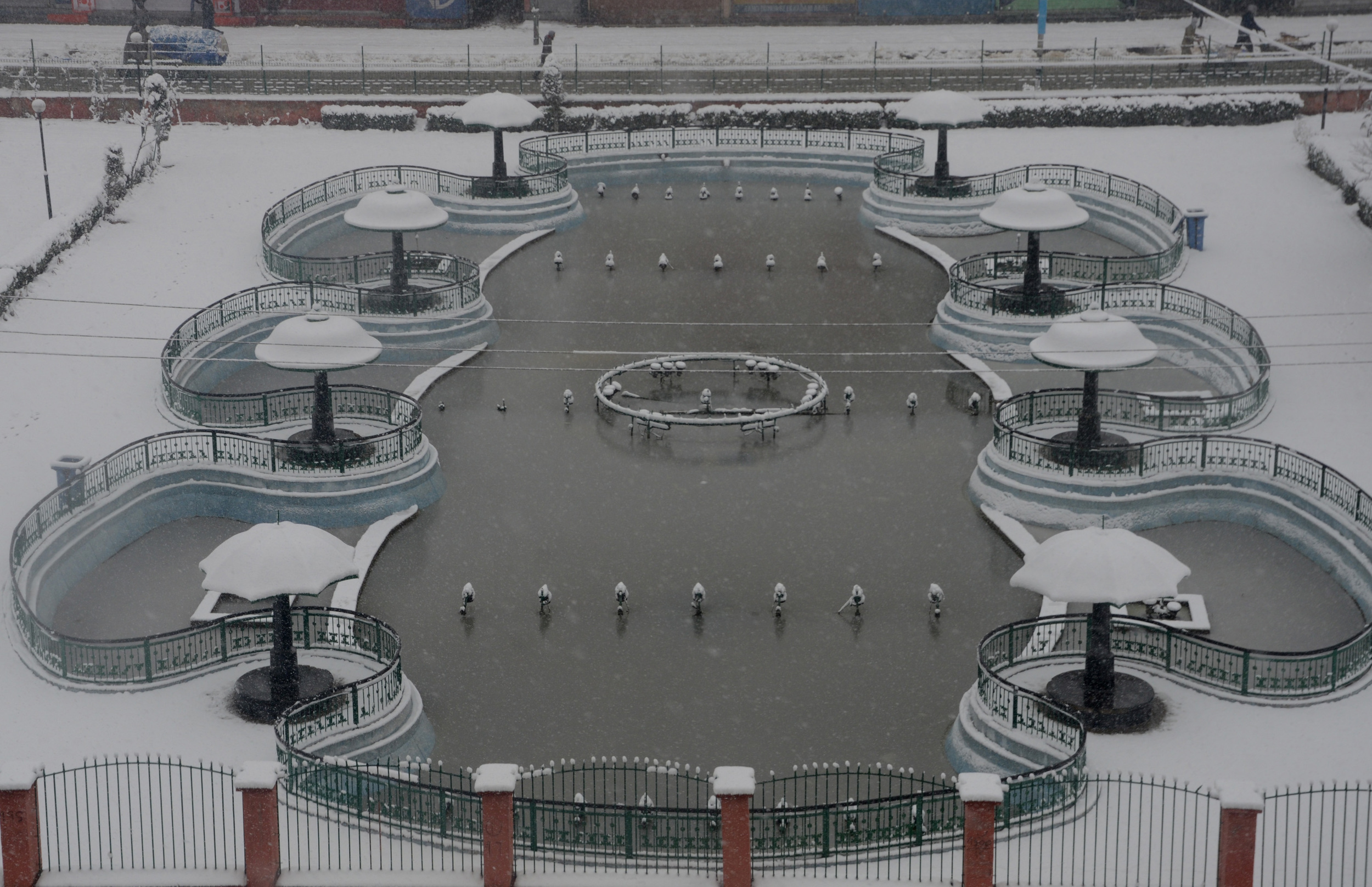 11. Kashmiri children play with snow on a wooden foot bridge in the interiors of Dal Lake in Srinagar. 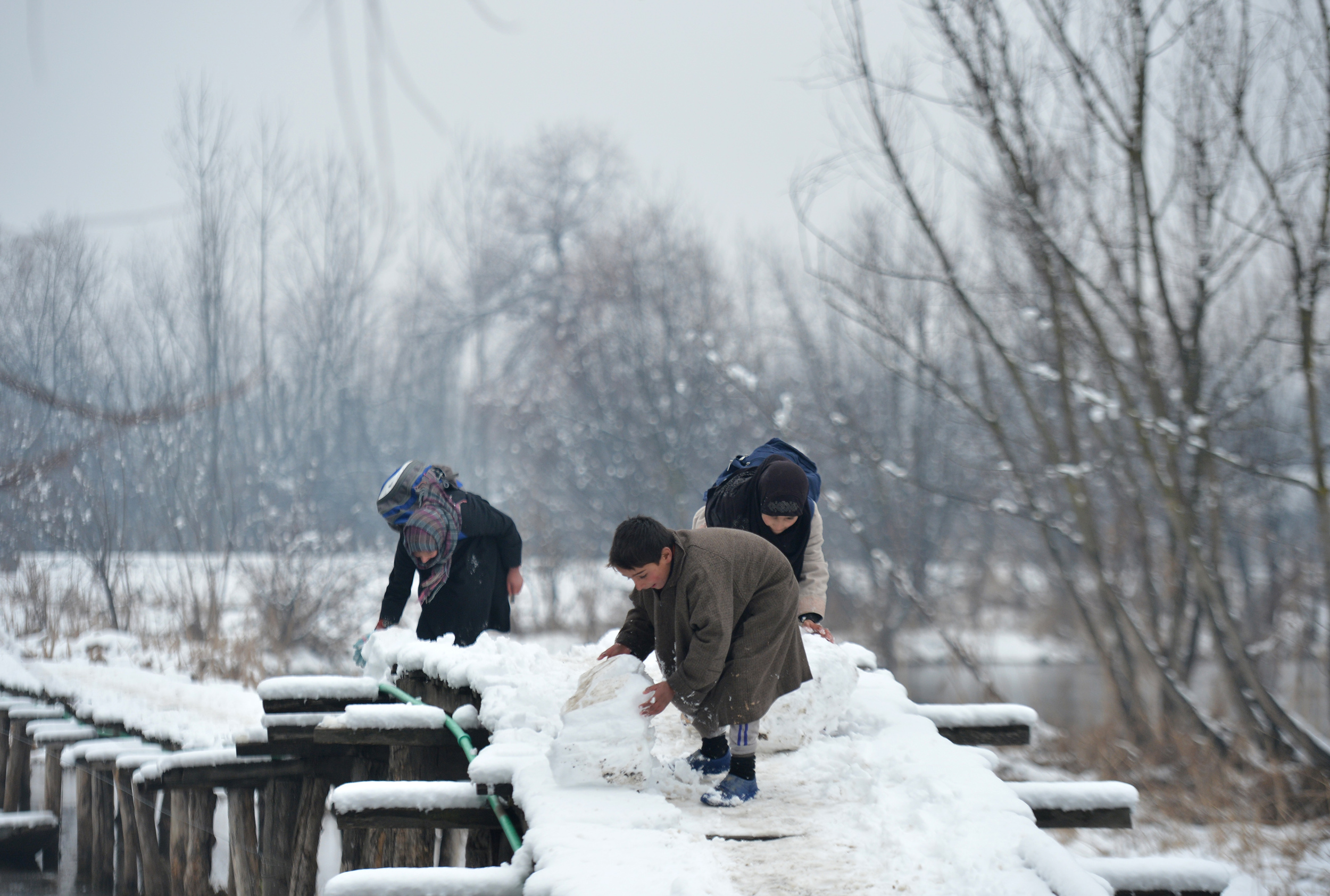 12. A Kashmiri man walks after snowfall in Tangmarg area in Indian Controlled Kashmir. 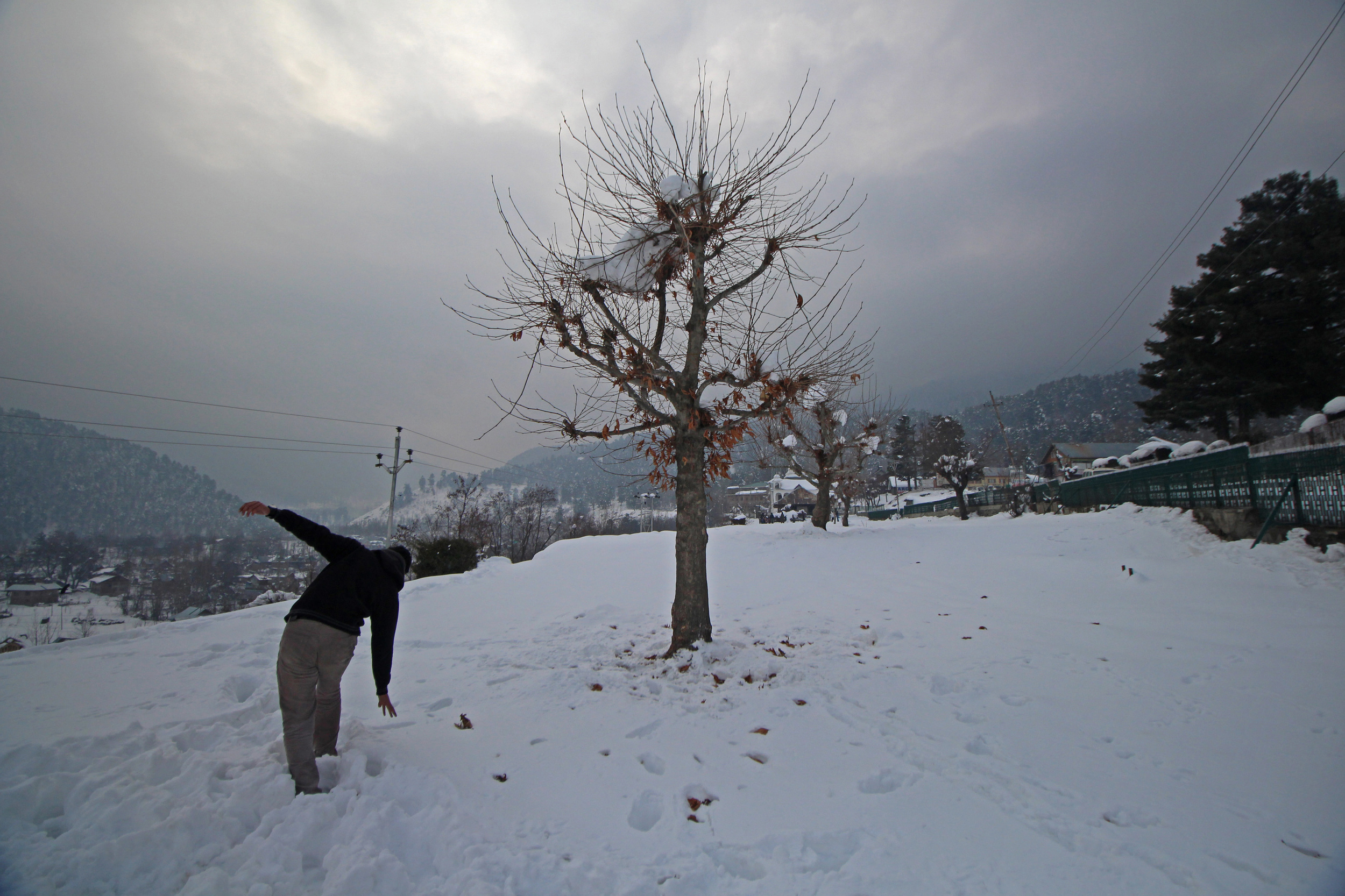 13. Snow surrounds the field as a player from Real Kashmir Football Club (RKFC) takes part in a practice match at Srinagar football stadium. 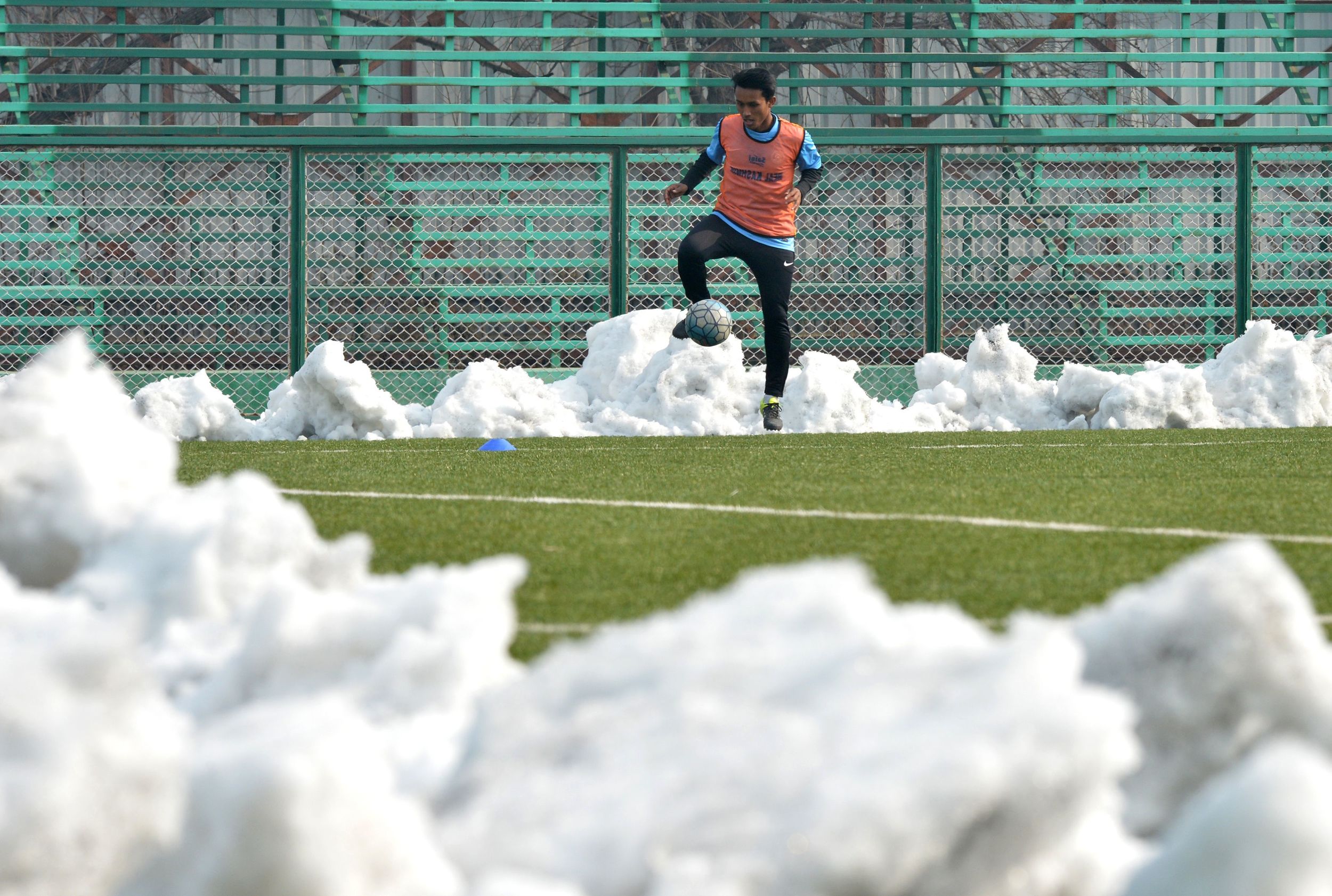 14. A man looks at snow covered mountains on a snow-covered hillock near Gund, about 80 kilometers (50 miles) north of Srinagar.

READ MORE:  4 Tips When Renting A Charter Bus Or Limo 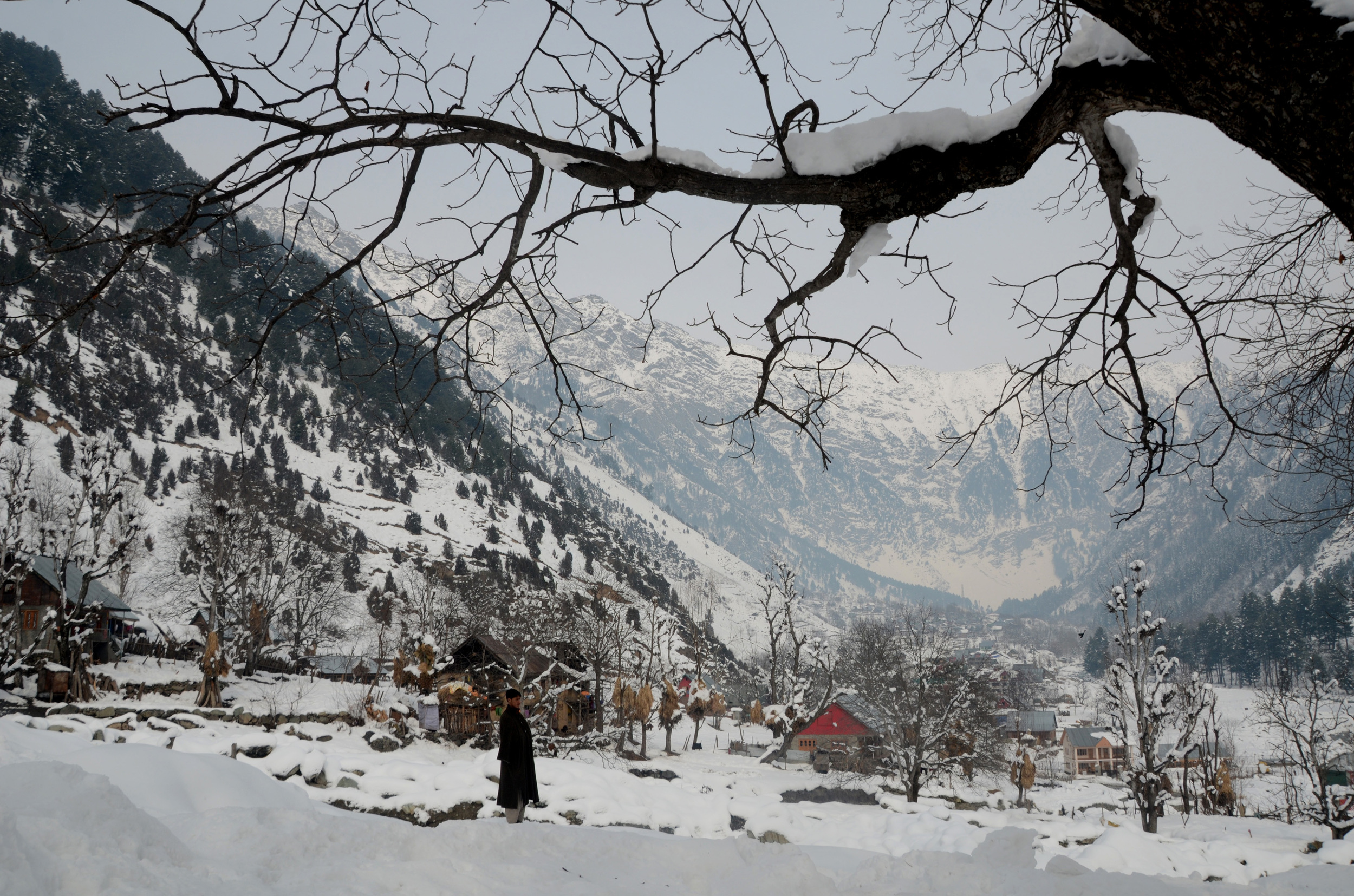 15. A shepherd carries a lamb as he walks on a snow-covered mountain ridge, near Gund. 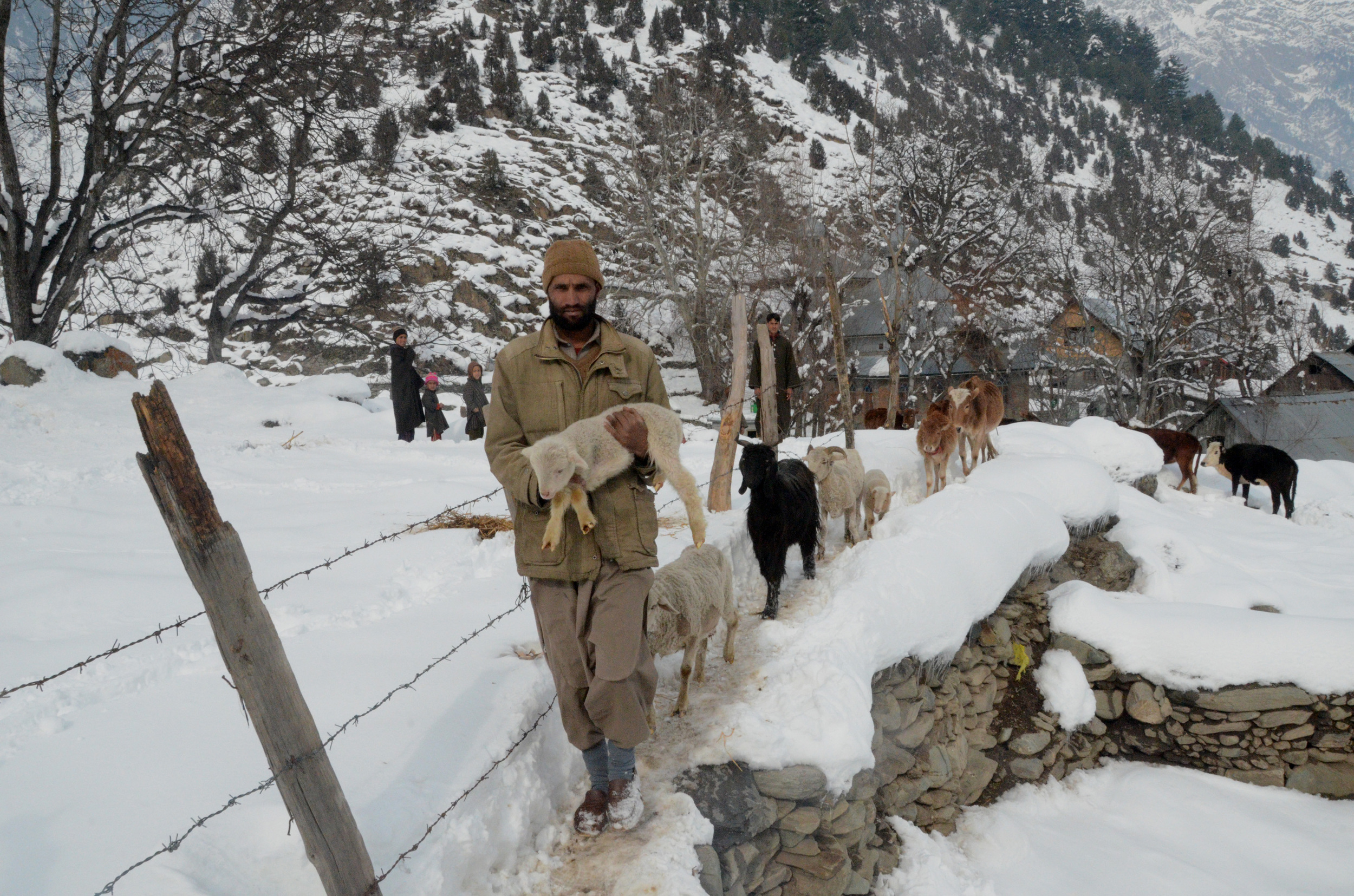 16. Kashmiri villagers carry drinking water containers as they walk along a snow-covered path on the outskirts of Srinagar. 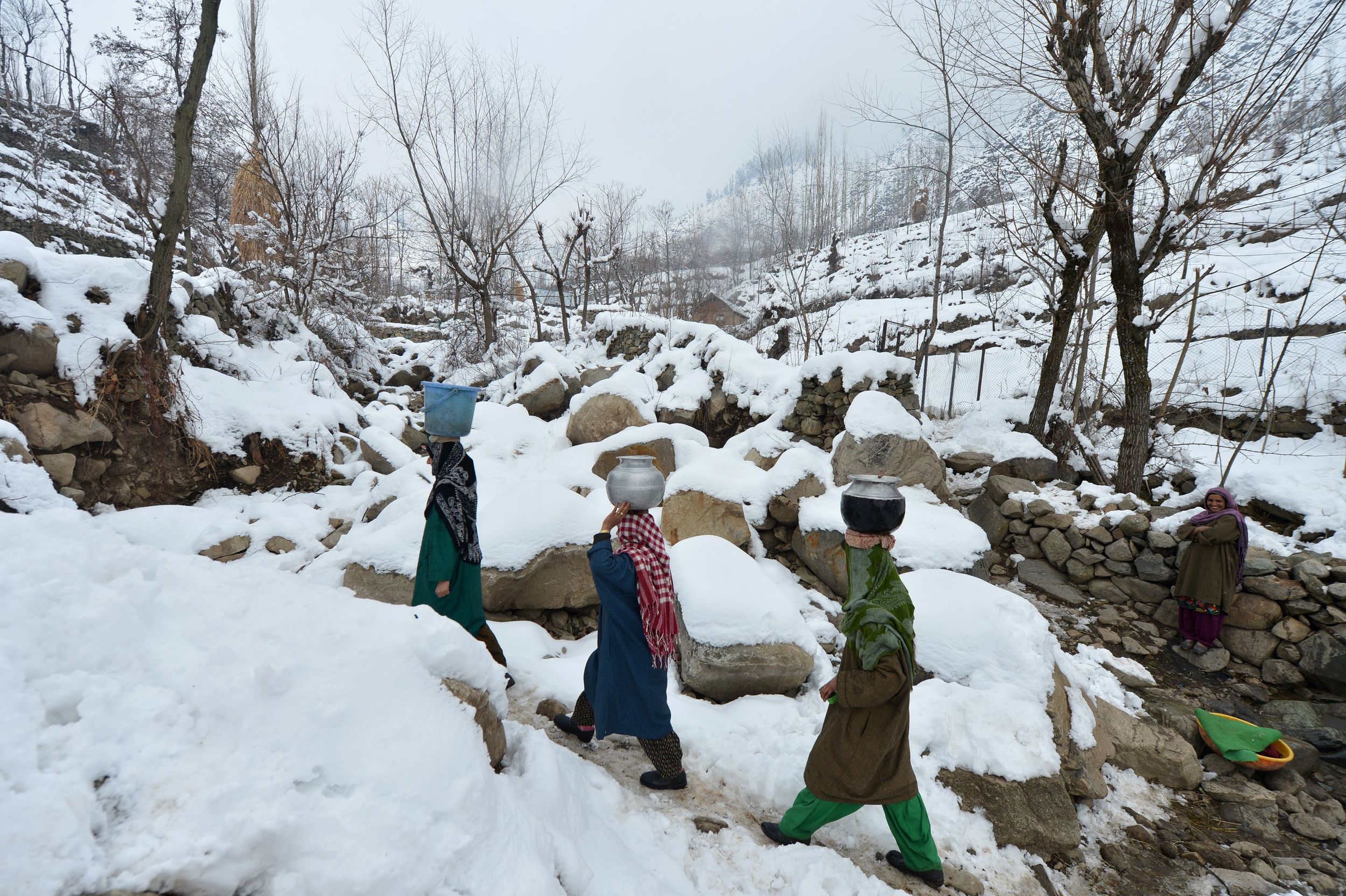 17. A train passes through snow-clad mountains at Banihal, some 120 kms from Srinagar, in Srinagar, India. 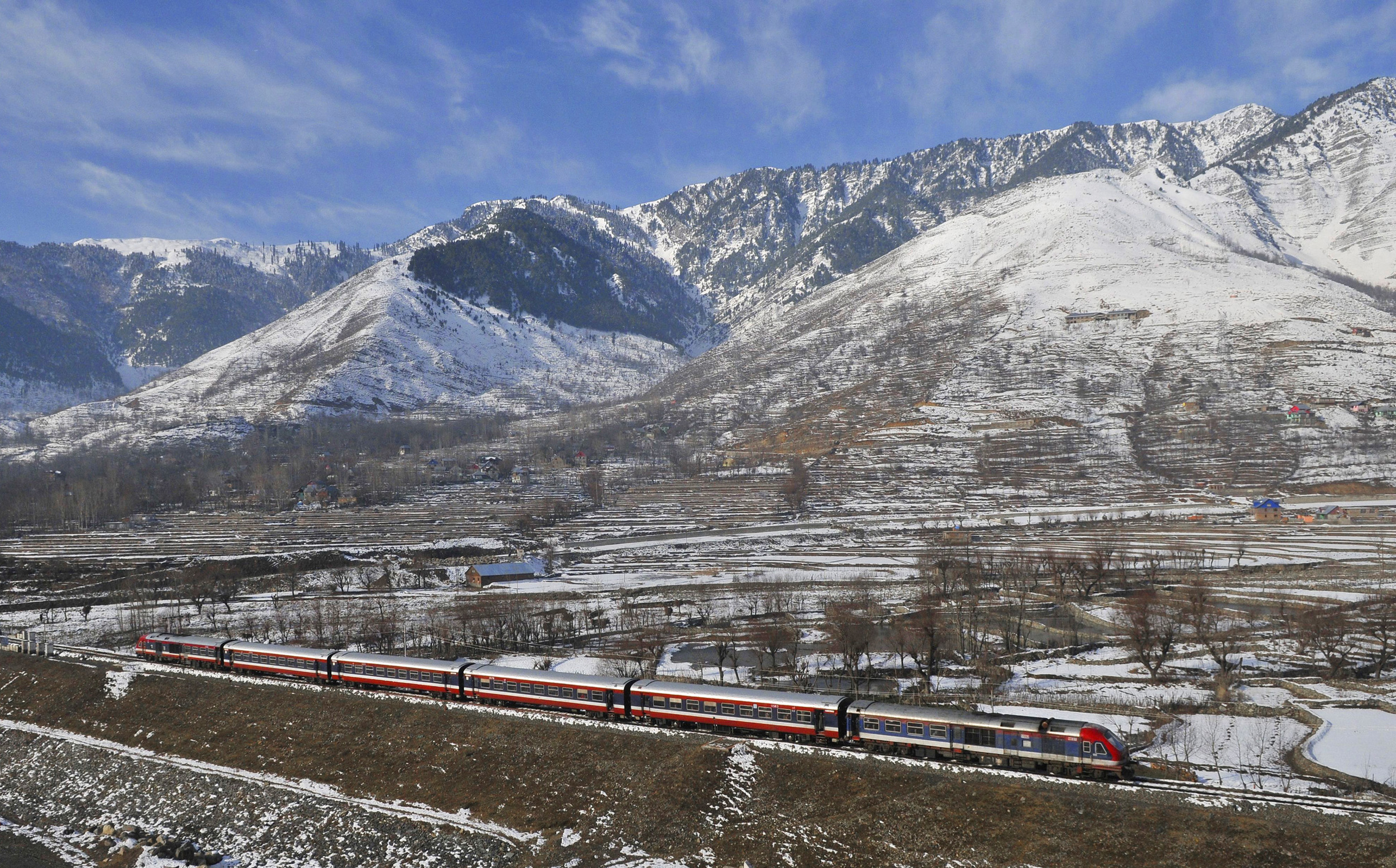 18. Kashmiri Muslim villagers walk along a snow-covered road on the outskirts of Srinagar. 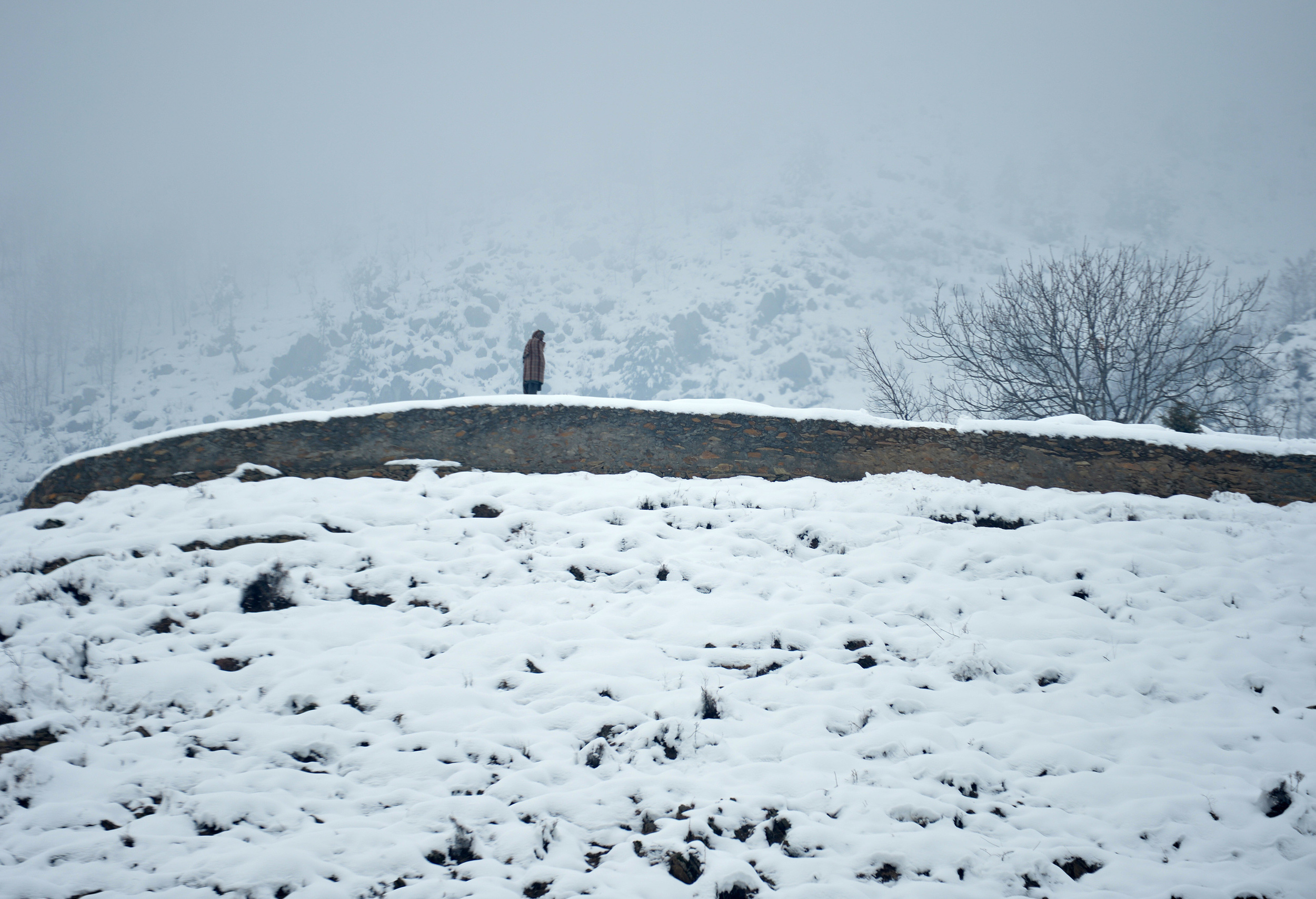 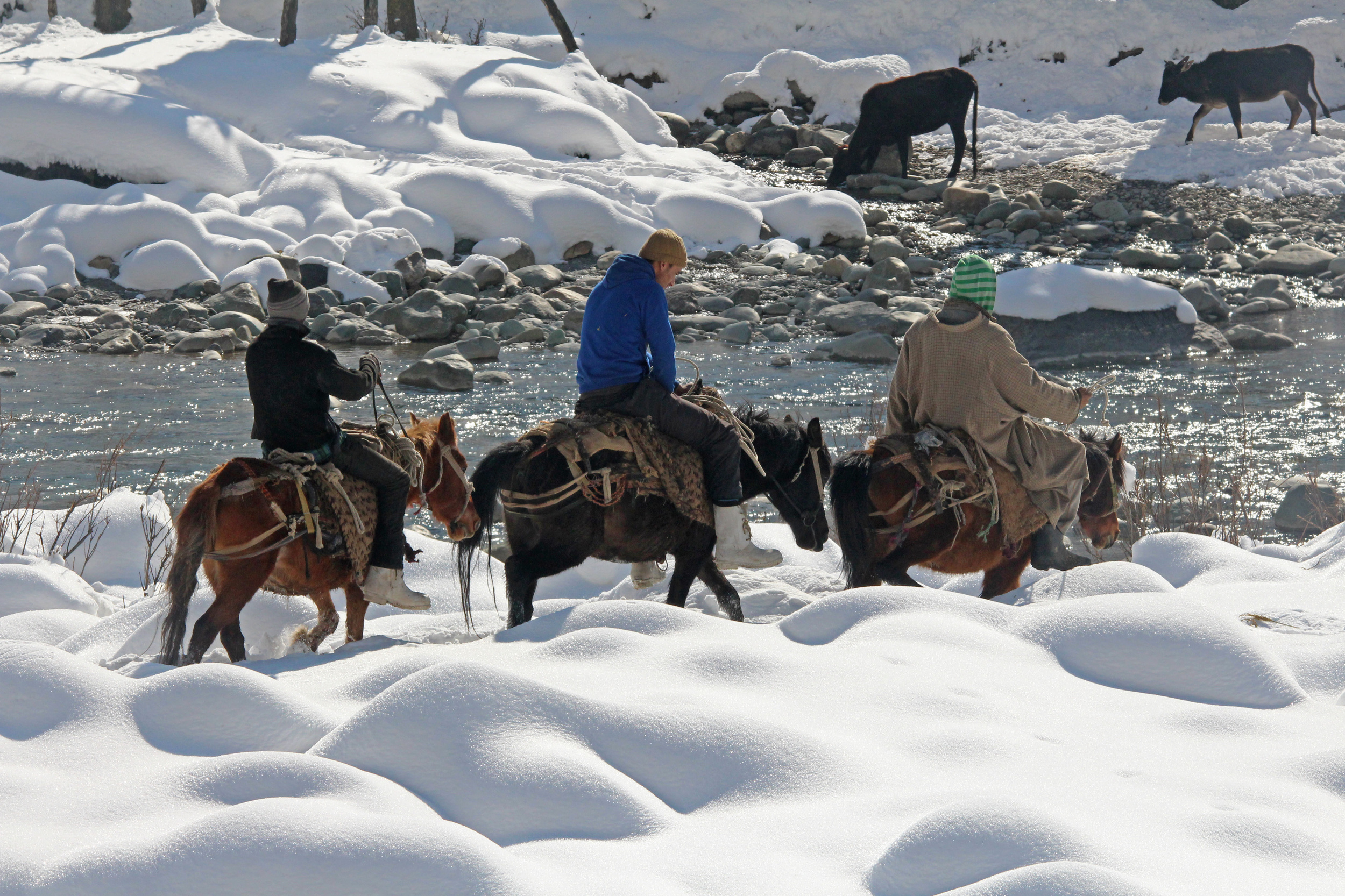 20. Icicles formed near the flowing stream on the outskirts of Srinagar the summer capital of Indian-controlled Kashmir. 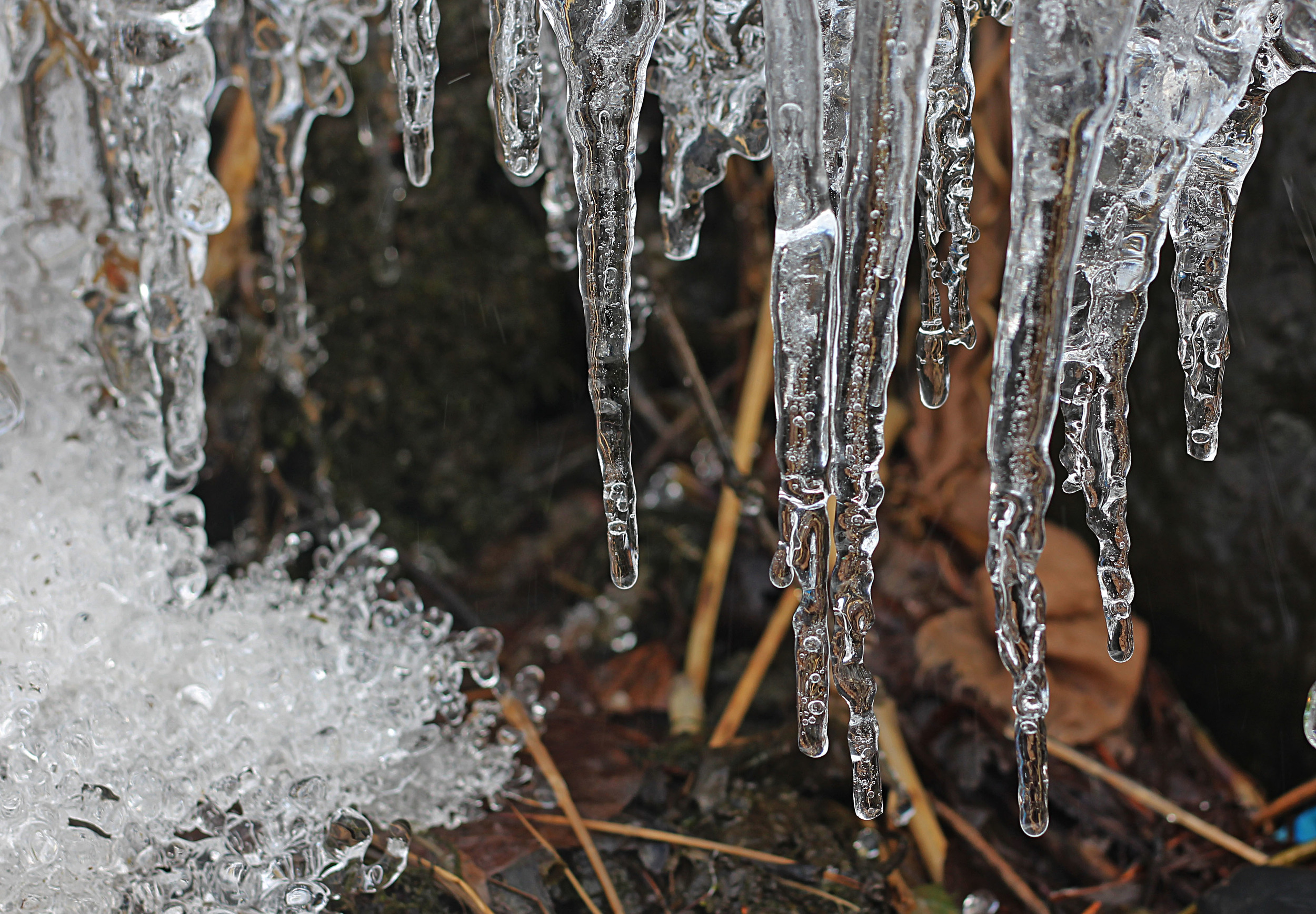 21. Icicles hang from the roof of a residential house on the outskirts of Srinagar the summer capital of Indian-controlled Kashmir. 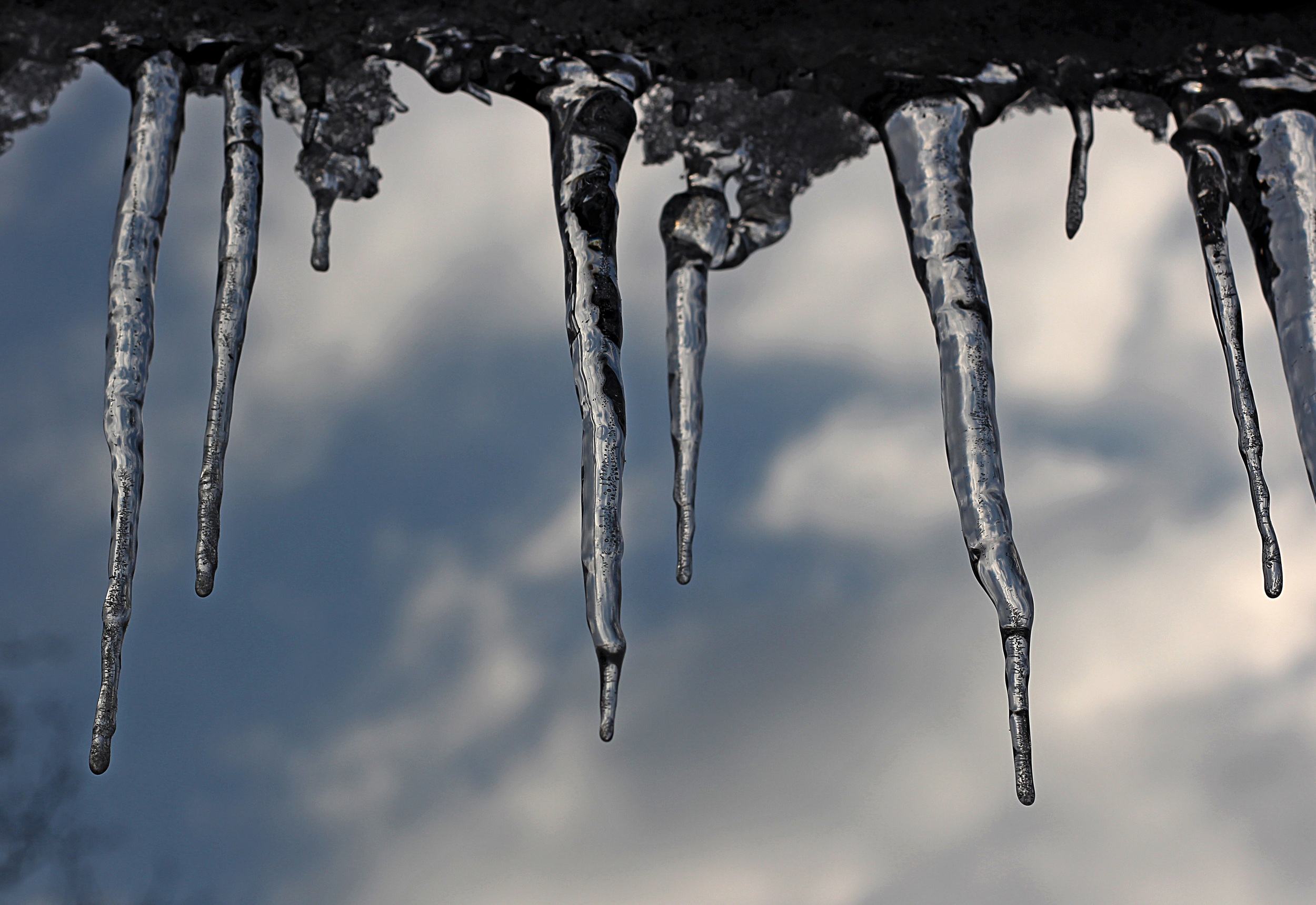 22. Boys hurl snowballs to each other, an act of playing in snow locally known as Sheen Jung in Kashmir, India. 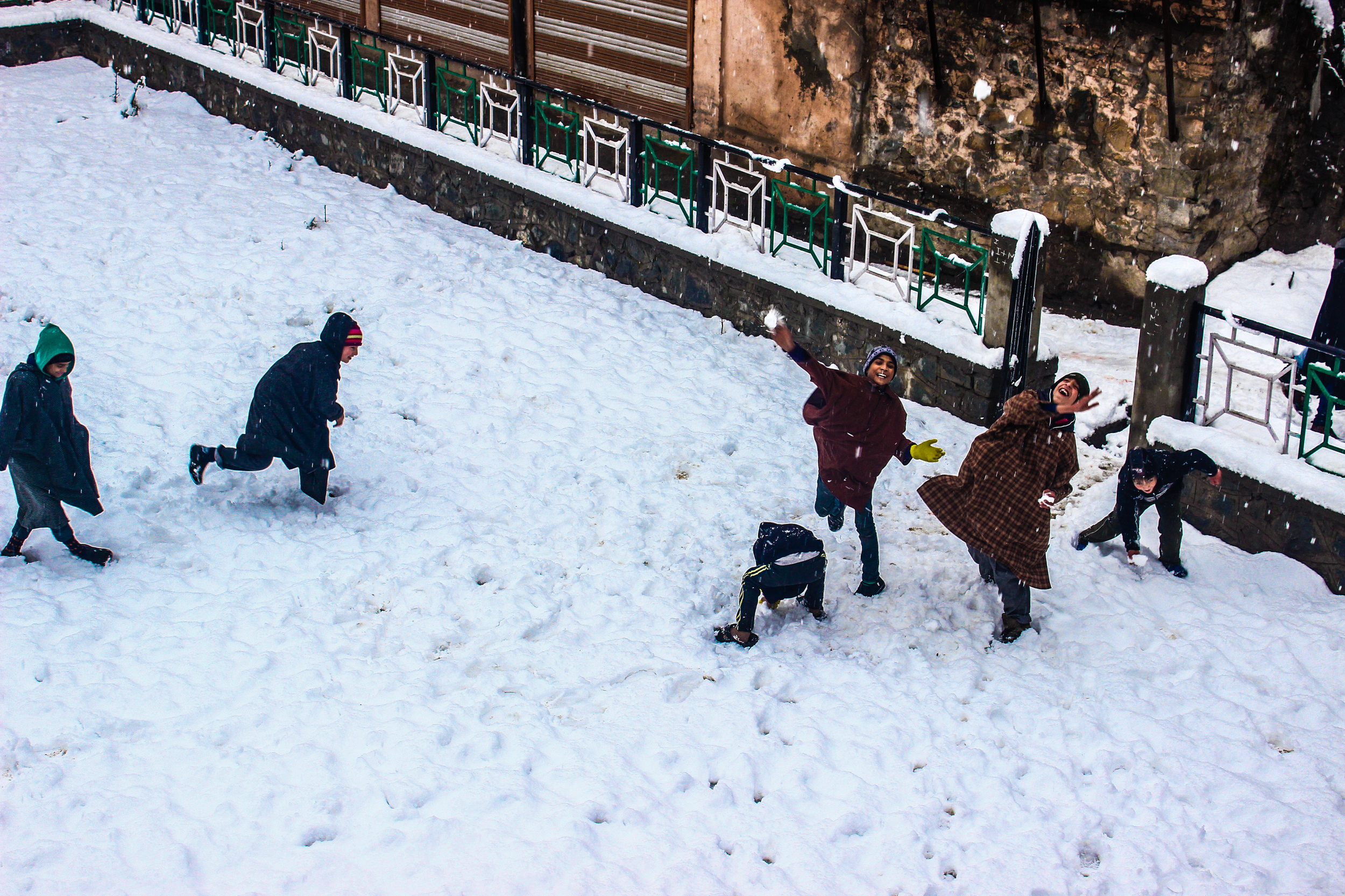 23. A man makes his way through heavy snowfall, in Kashmir. Heavy snowfall in Kashmir has thrown life out of gear as roadways, air traffic and power supply have been severely hit in the Valley. 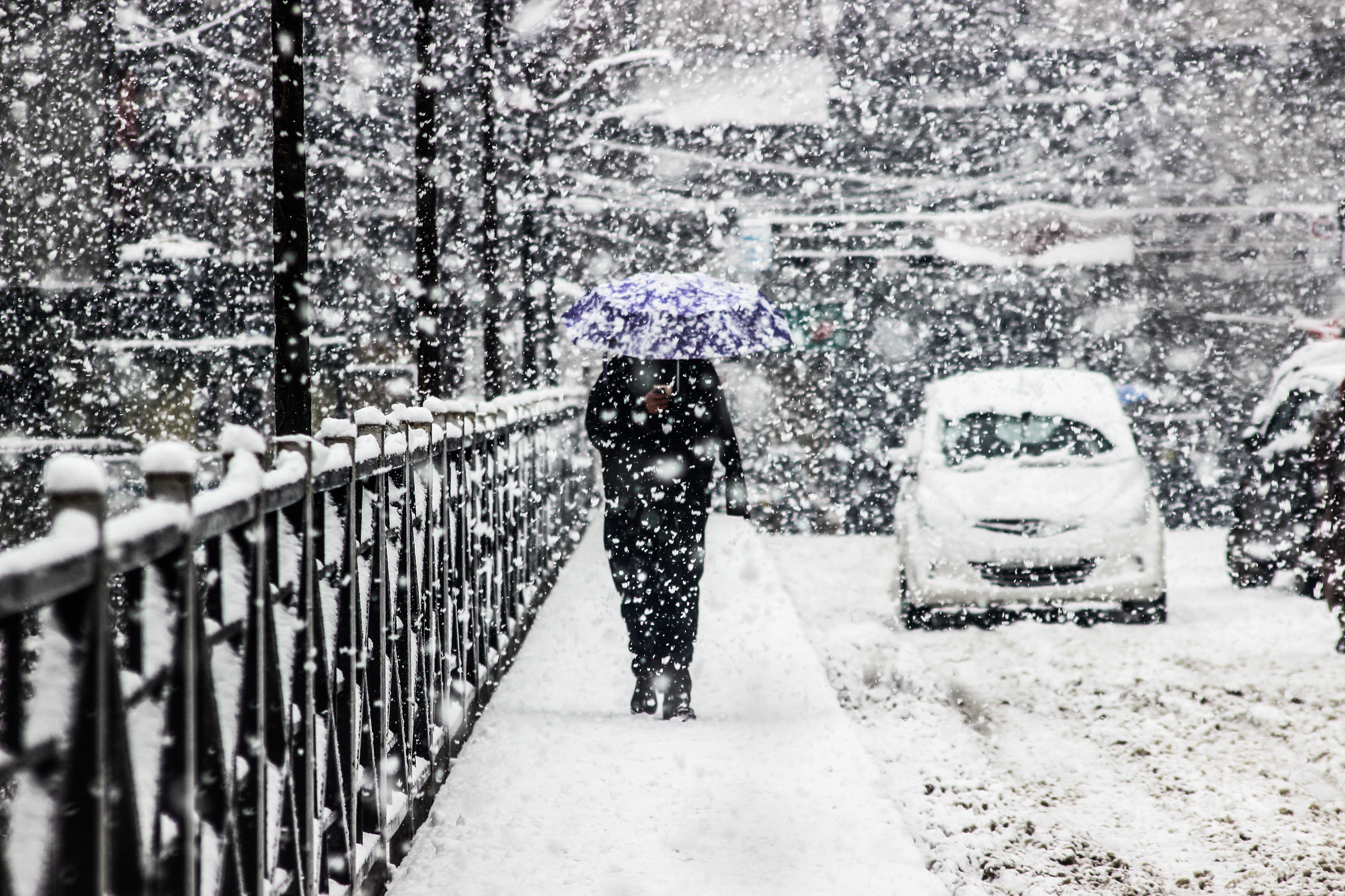 24. Pedestrians are seen making their way through heavy snowfall in Kashmir, India. 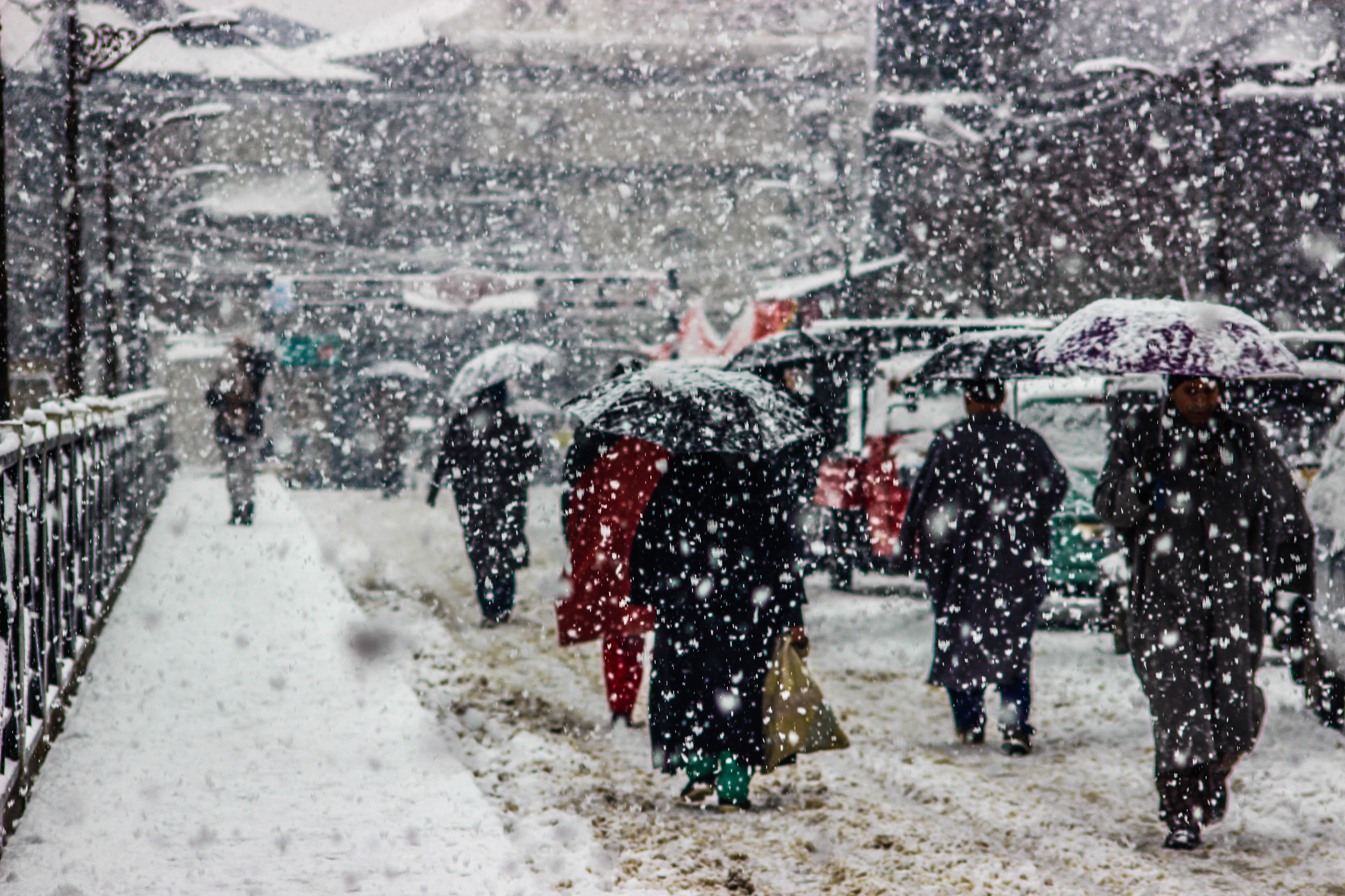 25. A night view of Patnitop after a heavy snowfall, about 100 km from Jammu, India.

READ MORE:  How To Create Stunning Day Of The Dead Makeup Looks 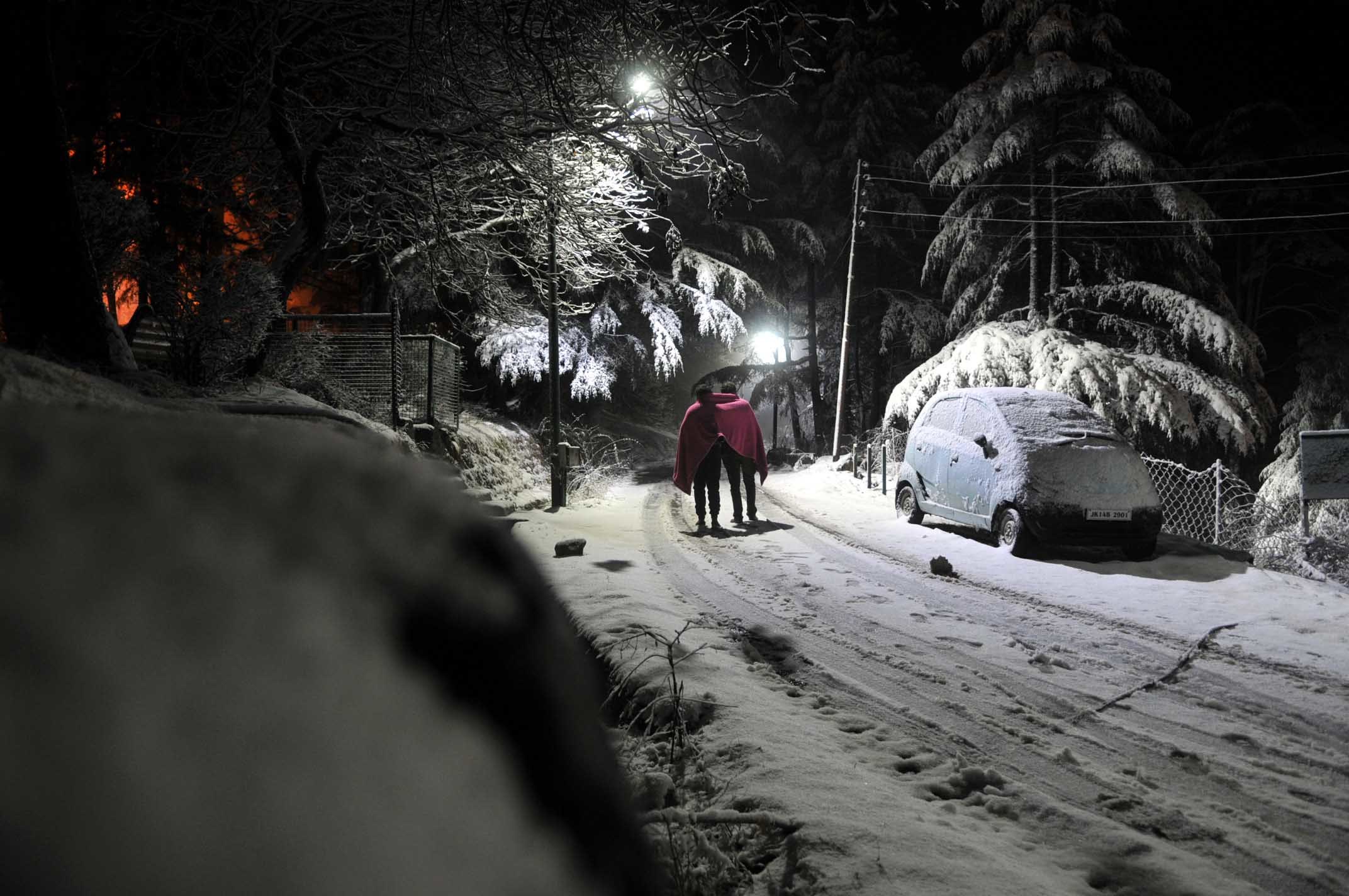 26. A Kashmiri Indian man paddles his boat on the half frozen Dal Lake in Srinagar. 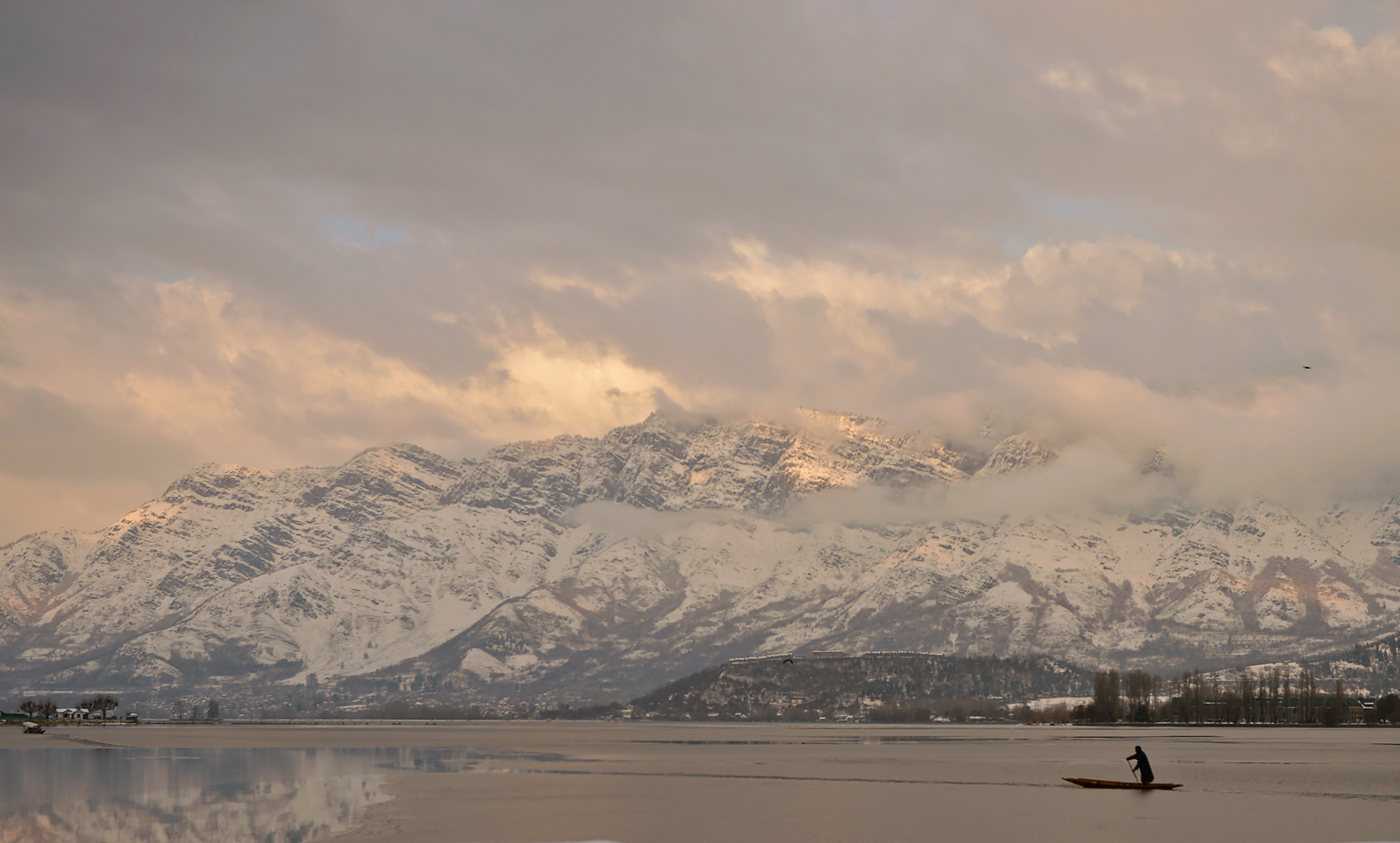 27. A Kashmiri man looks at the 150-year-old damaged Onta Kadal bridge, as he rows a boat on the frozen Dal Lake after a heavy snowfall in Srinagar. 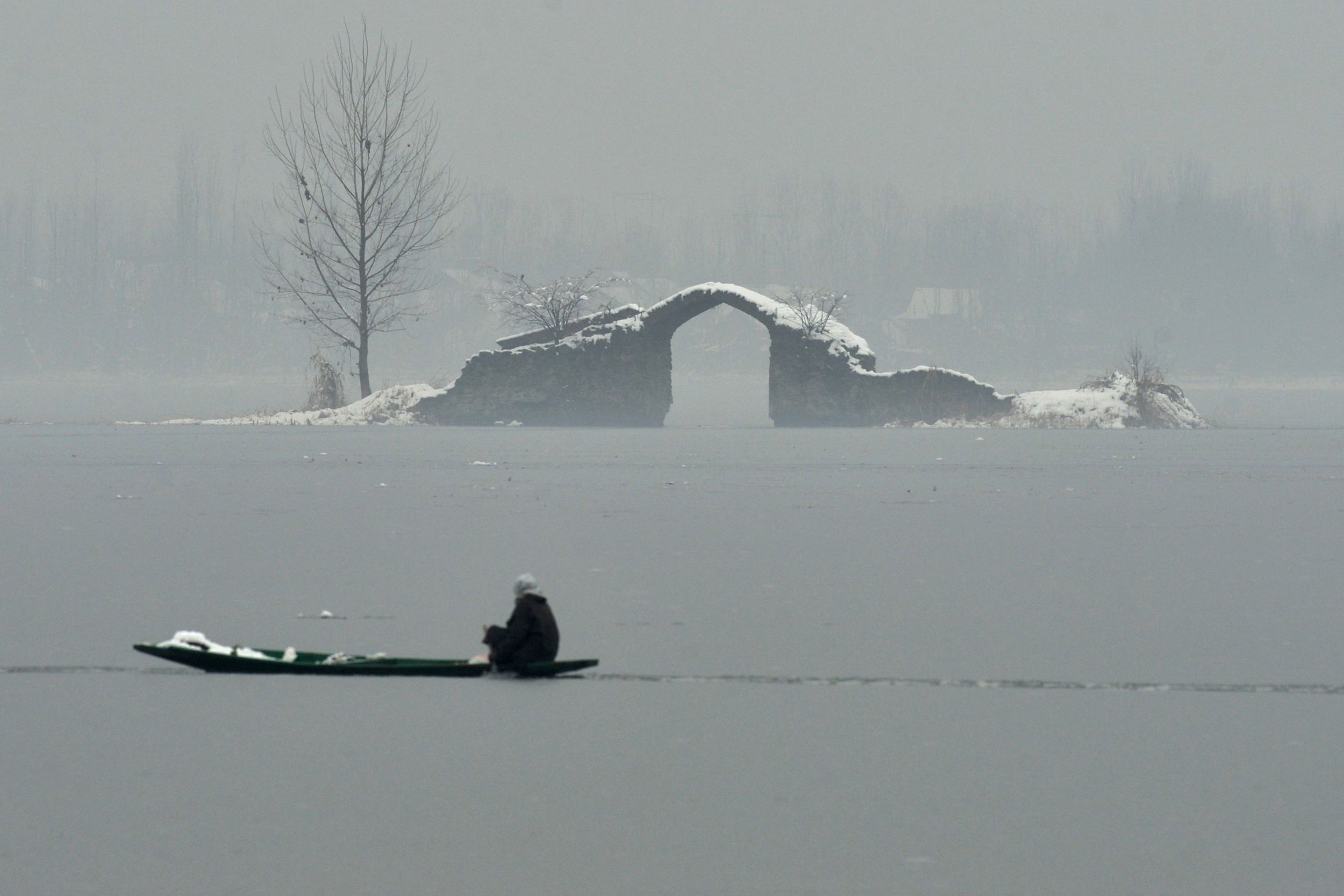 28. A fisherwoman waits for customers over a bridge on river Jhelum amid heavy snowfall on in Srinagar, Indian Administered Kashmir. 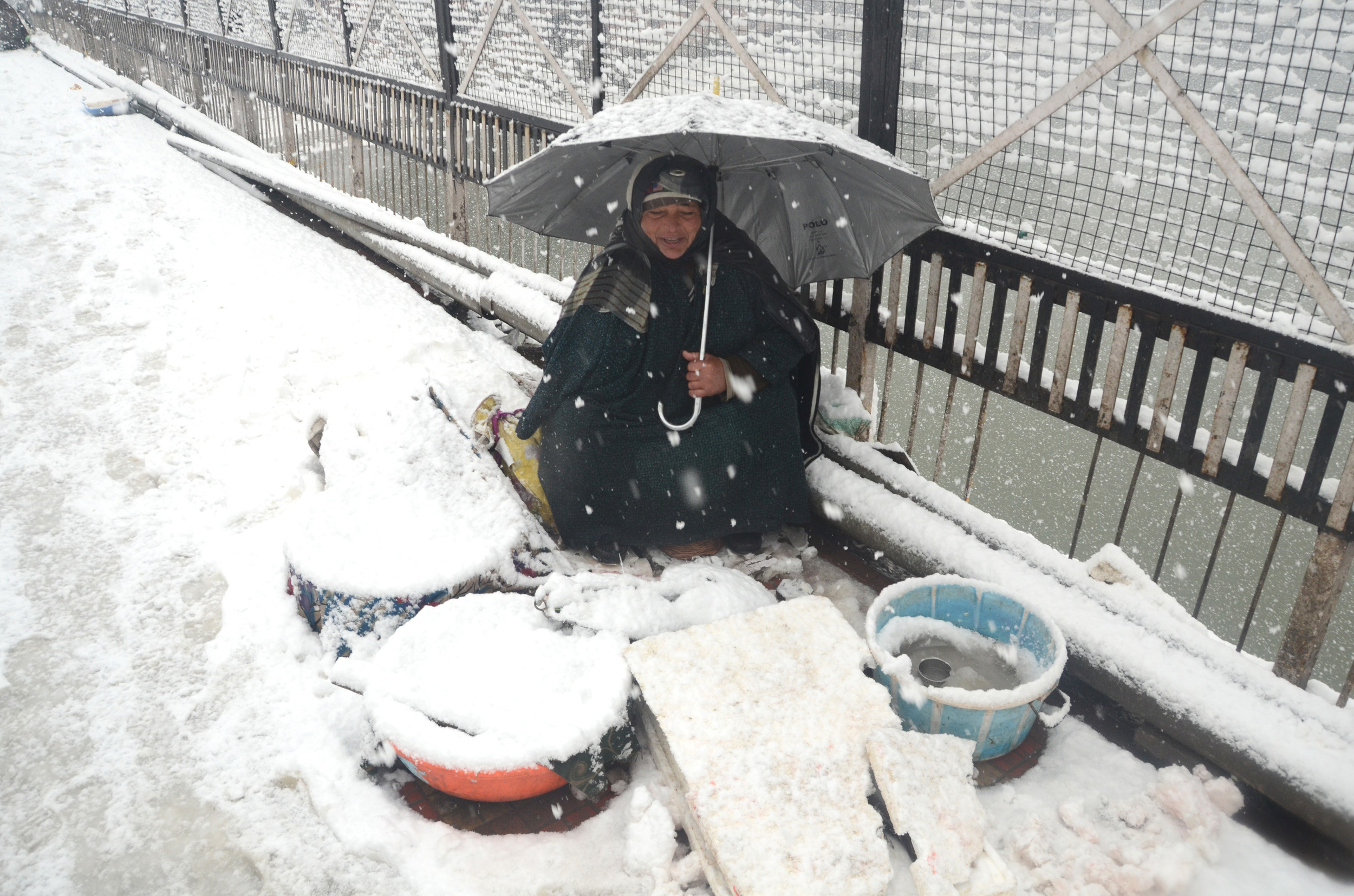 29. A vehicle travels along a snow covered road at Gulmarg, some 55kms north of Srinagar. 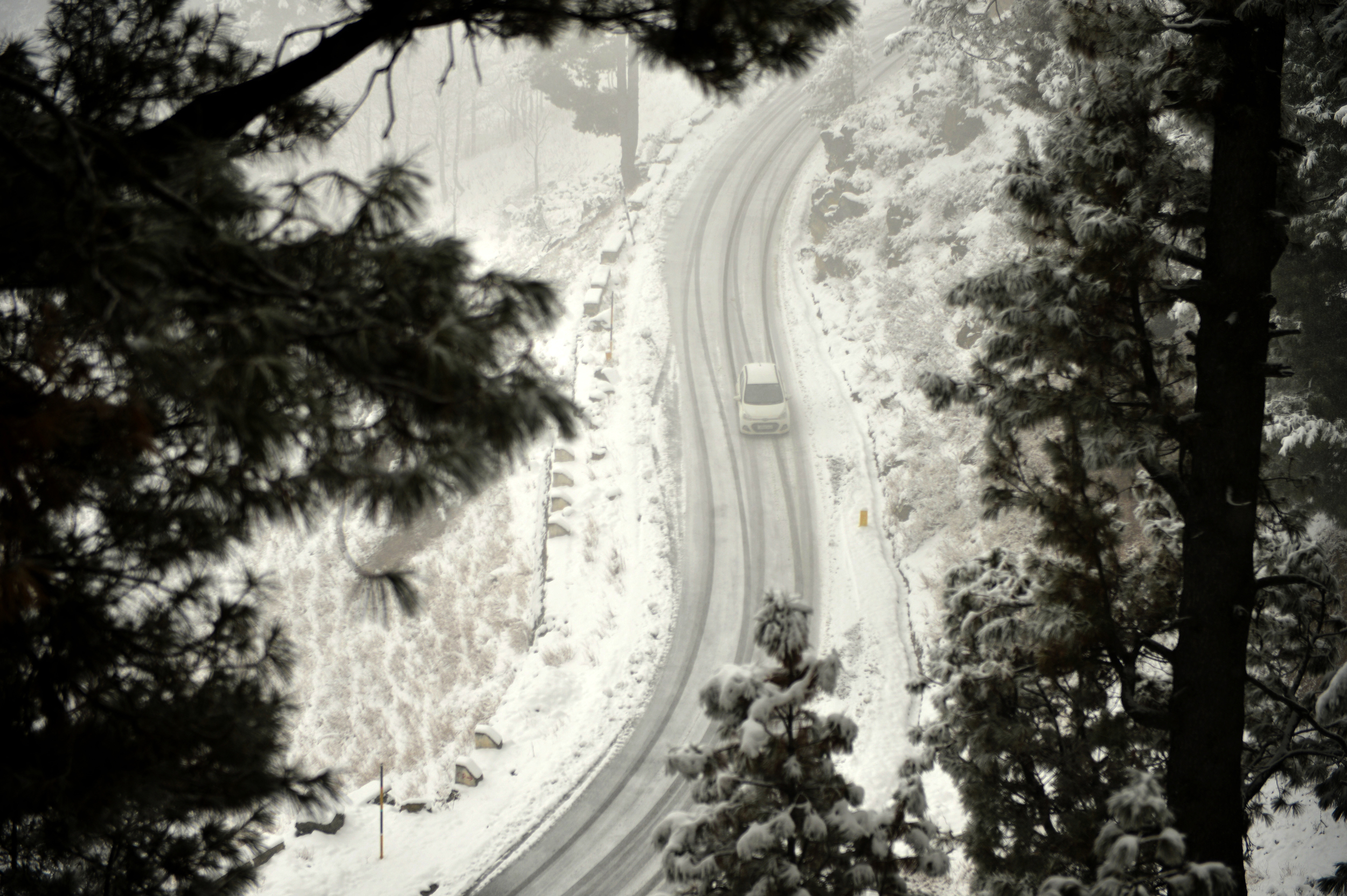 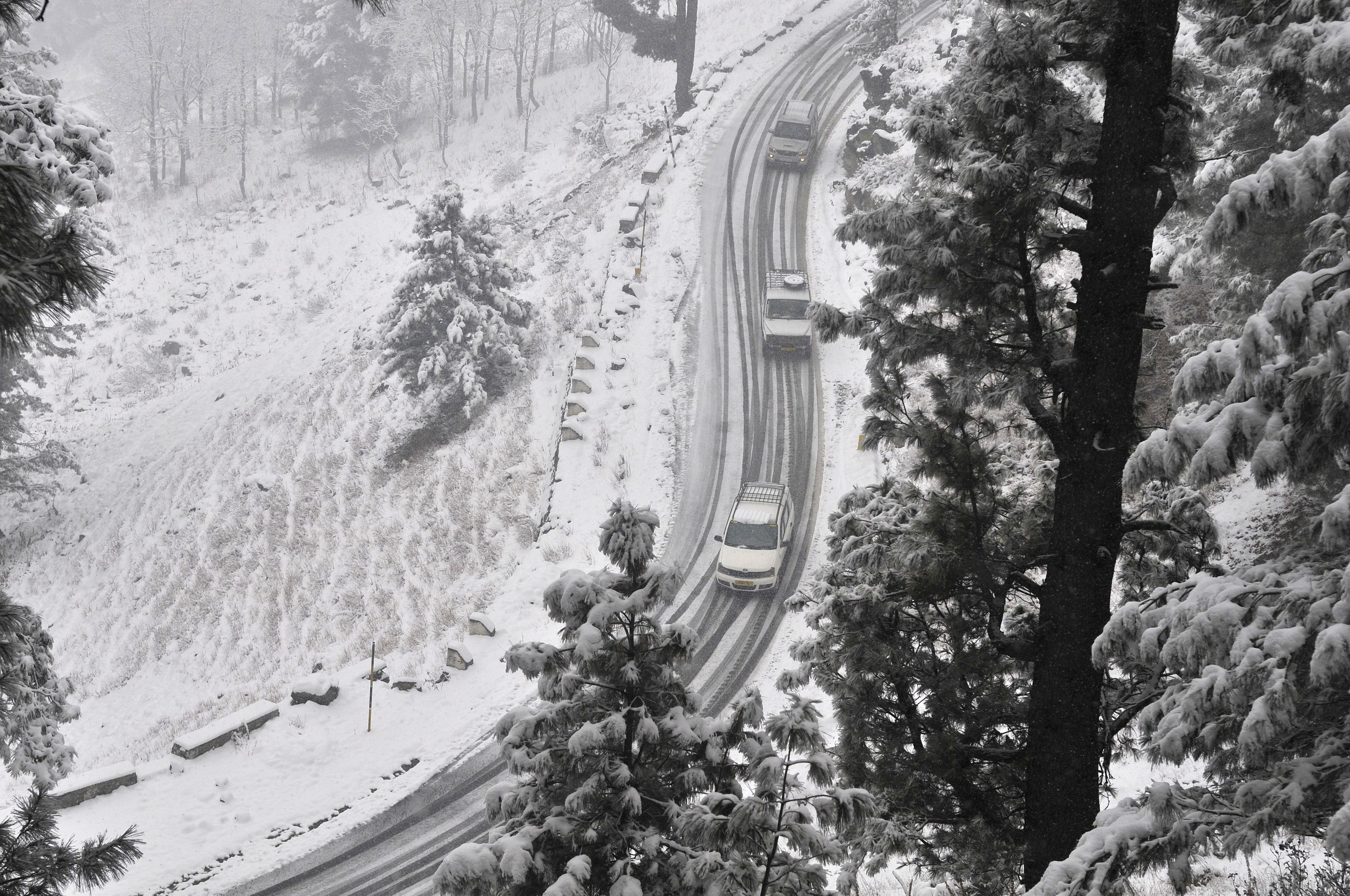 Learning is continuous, and we discover new ideas every day. For example, END_OF_DOCUMENT_TOKEN_TO_BE_REPLACED

O Sierra Clubfounded in California, will turn 130 on Saturday, May 28th. END_OF_DOCUMENT_TOKEN_TO_BE_REPLACED