There are plenty of ways for fans to test their knowledge of their favorite sports. Fantasy leagues, which got started in the 1970s and took off in the 80s, remain one of the most common hobbies for diehards worldwide.

One of the US’s first fantasy league operators was FanDuel, which launched in 2009. Since then, the company has branched out to launch a sportsbook in addition to its DFS services. Today, FanDuel sportsbook covers the most popular sports and leagues in North America, from the NFL to MMA.

The sportsbook also offers lines on global competitions like the World Cup and the Olympics. However, fantasy sports remain more accessible, as sports betting markets haven’t been launched in every state. Fantasy leagues, on the other hand, are often hosted by friends or through an online channel like CBS Sports.

Want to step up your fantasy game, no matter the league? Keep reading for information on helpful resources for any sport.

There’s a reason many fantasy sports fans are also sports bettors: both hobbies require painstaking attention to detail. Those who consult data often perform better with their predictions. Unsurprisingly, some choose to input the hard data into a fantasy calculator to tabulate their points.

Each fantasy league uses a different points system, so fantasy calculators are popular for those looking to see how their team performed for a variety of leagues.

ADP stands for average draft position. Many fantasy leaguers are familiar with the stat, but not many know how to apply this information. An ADP breakdown can be used to help identify potential breakout stars with high value worth targeting at a draft. Keep a lookout for ADP Draft resources that aggregate positions from various league hosts.

Just how important is the draft? For fantasy leaguers, extremely. It’s not just about figuring out which players are likely to go where, and in what order. A draft simulator can help you build out your strategy for multiple scenarios that could happen on draft day with various salary cap considerations in mind. Top simulators also provide feedback and a grade for users to let them know how they’re likely to hold up.

One of the latest trends in fantasy sports is sports trading games, such as TradeStars. The games combine elements of stock market trading with fantasy sports teams and players. The idea is for users to trade players according to a fantasy stock system mirrored off the actual stock market. It will challenge them to identify early fantasy stocks that will take off.

One of the easiest ways to project the coming weeks for a fantasy team is to stay on top of their upcoming matches. If you can predict the challenges your lineup will face, then you can make last-minute adjustments that could be game-changers.

Not all fantasy league diehards will feel comfortable letting other sites or services break down the smartest moves for their team. In fact, many choose to rely on player trackers and fixture difficulty breakdowns in tandem with their own strategies and tactics.

Many of these sites and groups also provide handy guides for these specific strategies. In keeping with the previous example, FanDuel provides beginner guides for newcomers. In fact, each DFS or fantasy league provider should have a guide that’s specific to their points system. Always be sure to consult this guide; even if you’re a seasoned fantasy leaguer, each provider has its own unique set of rules.

As mentioned above, many fantasy leaguers choose to dig into a team’s or player’s stats to uncover new insights. This type of analysis, combined with the right resources, will help anyone get started with a new league. But it’s often helpful to see what other fantasy fans with similar skill levels are up to.

Each sport has its own ‘famous’ blogs. For example, the Fantasy Knuckleheads blog covers the NFL. The site has similar news, assistance, cheat sheets and other resources as top publications—but the blog also includes insight and advice from passionate armchair experts who trickle in actionable advice along with intriguing and off-the-cuff opinions and insights. 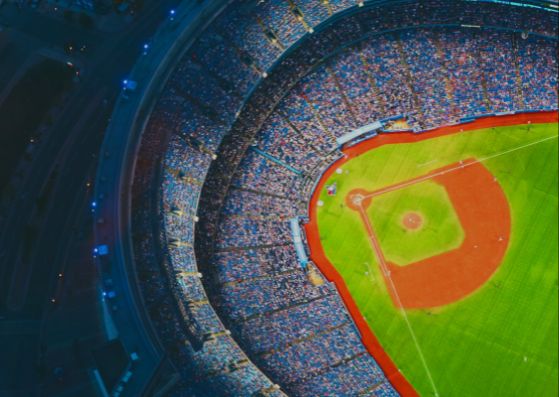 If combing through blogs isn’t for you, then listening to fantasy podcasts might be a better choice. Just like sites like Fantasy Knuckleheads deliver on helpful advice and off-the-cuff topics, fantasy podcasts also take a more informal look at the latest league movements.

For example, Wake Up With Ray G covers fantasy football for the NCAA and NFL. Ray G is joined by friends who also have plenty of passion and experience in fantasy sports. They don’t just offer in-depth player analysis and insights into various fantasy providers, but engage with their followers through phone calls and provide more than a few laughs along the way.

There’s no shortage of sports sites and apps that provide constant coverage of leagues, teams, and players. In fact, news sites like CBS Sports and ESPN provide dynamic breakdowns from the NFL, NBA, and beyond with special consideration for fantasy leaguers.

What’s most important for fantasy players is to mindfully select a news outlet and then curate their feed. As with sports betting, the sheer number of data sets involved in fantasy leagues can be overwhelming. Choosing one or two news apps will help cut out the noise and let you keep your eye on the reports that matter most. Quality is more important than quantity.

O Sierra Clubfounded in California, will turn 130 on Saturday, May 28th. END_OF_DOCUMENT_TOKEN_TO_BE_REPLACED

I’m not trying to predict the future. And I’m not one to END_OF_DOCUMENT_TOKEN_TO_BE_REPLACED